The winners of the Fetisov Journalism Awards 2021, the world’s richest journalism prize, are announced today. The final shortlist of 12 has been selected from around 400 entries and will share a prize fund of 520,000 CHF, around 500,000 Euro.

“Our international jury has come up with terrific selection of world-beating stories.

“They provide us with a masterclass in stylish, fact-based, and courageous reporting. Our winners come from different backgrounds and different cultures, but they share a passion for truth-telling, and they work together, often crossing borders and language barriers to get their stories.”

Although the full list of winners is announced today the final line-up of first, second and third will only be revealed at the award ceremony to be held at a gala event in Zurich on April 22.

“The top prizes are rewarding,” said White, “But every story here is remarkable, and valuable in its own right. They are shining examples of committed and fearless journalism.”

“Together these stories are a priceless body of evidence that journalism, despite all the pressures and the threats that are facing news media, continues to make a difference in a global struggle for transparency, humanity and democracy.”

The original list of entries from 80 countries was whittled down by the Fetisov Journalism Awards Expert Council who selected the 36 of them for the first shortlist and from this the FJA international Jury chose the 12 finalists. After independent verification by KPMG Limited, the winners have today been posted on FJA website.

The winners include five individual stories (from India, Brazil, Nigeria and Nepal) and seven collaborative works including cross-border investigations from Latin America, US, Europe, Africa and Asia. They focus on a range of challenging social, economic and political issues including people trafficking, illegal arms dealing, oil industry misconduct, threats to the environment and the plight of migrants.

The final results of the awards will be announced via YouTube. The video presentation will start at 18.00 Swiss time (UTC+1) on April 22nd, 2022.

We thank everyone who submitted their entries to the Fetisov Journalism Awards 2021.

We express our gratitude to all members of the Expert Council and Jury for their time, expertise and support.

Congratulations to the authors of all the shortlisted stories and to the winners!

The Fetisov Journalism Awards are aimed at promoting universal human values such as honesty, justice, courage and nobility through the example of outstanding journalists from around the world as their dedicated service and commitment contribute to changing the world for the better.

The finalists in the four categories are as follows: 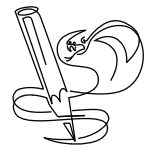 Series "The Cartel Project". Uncovered: The Buried Truth of Assassinated Journalist Regina Martínez; Mexican Cartels: "The Asian Connection"; An Ocean of Guns: Mexico's Journalists in the Crossfire of the International Arms Trade

Series: "BIRN Fact-Check: Is the Bosnian Serb Report on the Sarajevo Siege Accurate?";

The Boys Who Swapped Football for Bullets 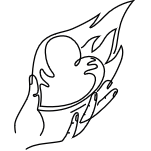 She Was Trafficked into a Giant Brothel. Now She Runs It

Series: Drawing a Line in the Sand; Permit to Plunder: How the Environment is Paying the Price for Nepal Local Governments’ Greed; Environment Conservation Takes a Back Seat in the Budget

"The Fetisov Journalism Award celebrates terrific and stylish reporting and provides a positive platform for promoting respect for democracy, human rights and free speech. The FJA also reminds us that co-operation is not some utopian ideal, it is a practical necessity if we are to resolve the great challenges facing humanity – such as the climate emergency or health pandemics.

Our global culture of communications has created opportunities for news media and journalists to work together, often across borders, to tell stories that are significant in all our lives. Whether it is about migration, or health, or the environment, people from different cultures and backgrounds have common interests and good journalism provides reliable intelligence that is useful in people’s lives.

The FJA is a celebration of ethical truth-telling and is the best illustration of why journalism matters more than ever today."

A quote from the interview with Aidan White, Honorary Advisor to the Fetisov Journalism Awards, President of the Ethical Journalism Network