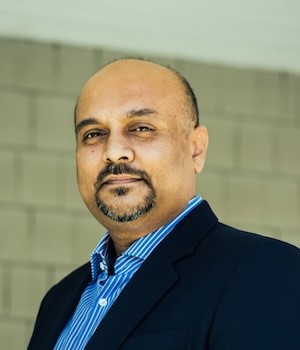 Smita Sharma is photojournalist based in Delhi who has documented gender issues, sexual crimes and human trafficking in the Global South through long-form visual narratives. Smita is a TED fellow and an IWMF reporting fellow. She is the recipient of Amnesty International Media award for photojournalism in 2021. Smita received the Indian Of The Year award, Exceptional Women of Excellence award by Women Economic Forum, Las Fotos Advocacy award and One World Media award for her short film Rebels with a Cause. Smita is committed to representing people with dignity and uses visceral and beautiful images to bring her subjects out of the world of faceless statistics and emphasize their humanity. Her work has been published in various places like National Geographic Magazine, The New York Times, BBC World, WSJ, TIME, Channel 4 amongst many others and exhibited and shown globally including at the UN Headquarters in New York.

The original publication is available via the following link: https://www.nationalgeographic.com/magazine/article/stolen-lives-harrowing-story-of-two-girls-sold-into-sexual-slavery-feature

Trafficking minors for sex is a multibillion-dollar industry that spans the globe. One region in India and Bangladesh has emerged as a hub of this illicit trade.

After a fight with her mother, R. left her home near Kolkata, one of India’s largest cities. At a train station, she met some men who tricked her and took her to a red-light district in the city. “They were laying a trap for me,” she said. Many girls who are trafficked in their teens spend the rest of their lives in brothels. R. was rescued before she was sold to one. “I just got lucky,” she said. She was sent to a shelter called Sneha run by Sanlaap, a nonprofit that prepares victims to rebuild their lives. R., who is now an adult, and some of the other girls in this story were photographed at Sneha.

About this story: To protect the privacy of the girls who were trafficked and to comply with Indian laws on identifying victims of sexual crimes, we are not disclosing their identities or those of their family members. We photographed them in ways intended to obscure their faces and altered some images to hide distinguishing features. We use pseudonyms for the girls featured in the story.

A shorter version of this article appears in the October 2020 issue of National Geographic magazine.

Read the story in Bengali or Hindi