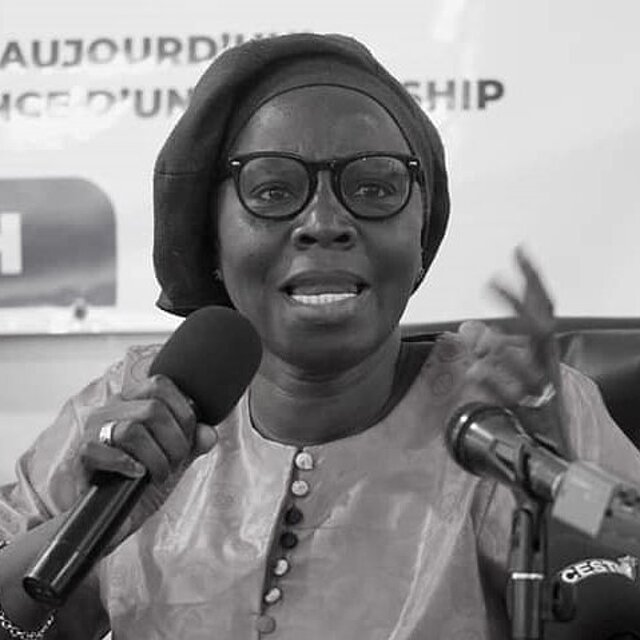 Khady Cissé dite Diatou is a prominent and awarded journalist, columnist and filmmaker.

She is editor-in-chief at the Department of Major Reports and Magazines and Director of the Regional and Thematic Channels Department.

She is a member of the International Federation of Journalists (IFJ) Executive Committee and former IFJ Vice-President. In 2004-2011 she worked as Secretary General of the Senegal Union of Information and Communication Professionals (SYNPICS). Founding member of the Committee for the Respect of Ethics and Deontology, member of the number of national and International boards on ethical issues in the media.

Long term UNESCO and UNICEF consultant, trainer in safety, ethics and gender issues. Author of hand books on safety of journalists and empowerment of women in the media.