Title: Why Switzerland Struggles with Dirty Gold: Tales from Peru 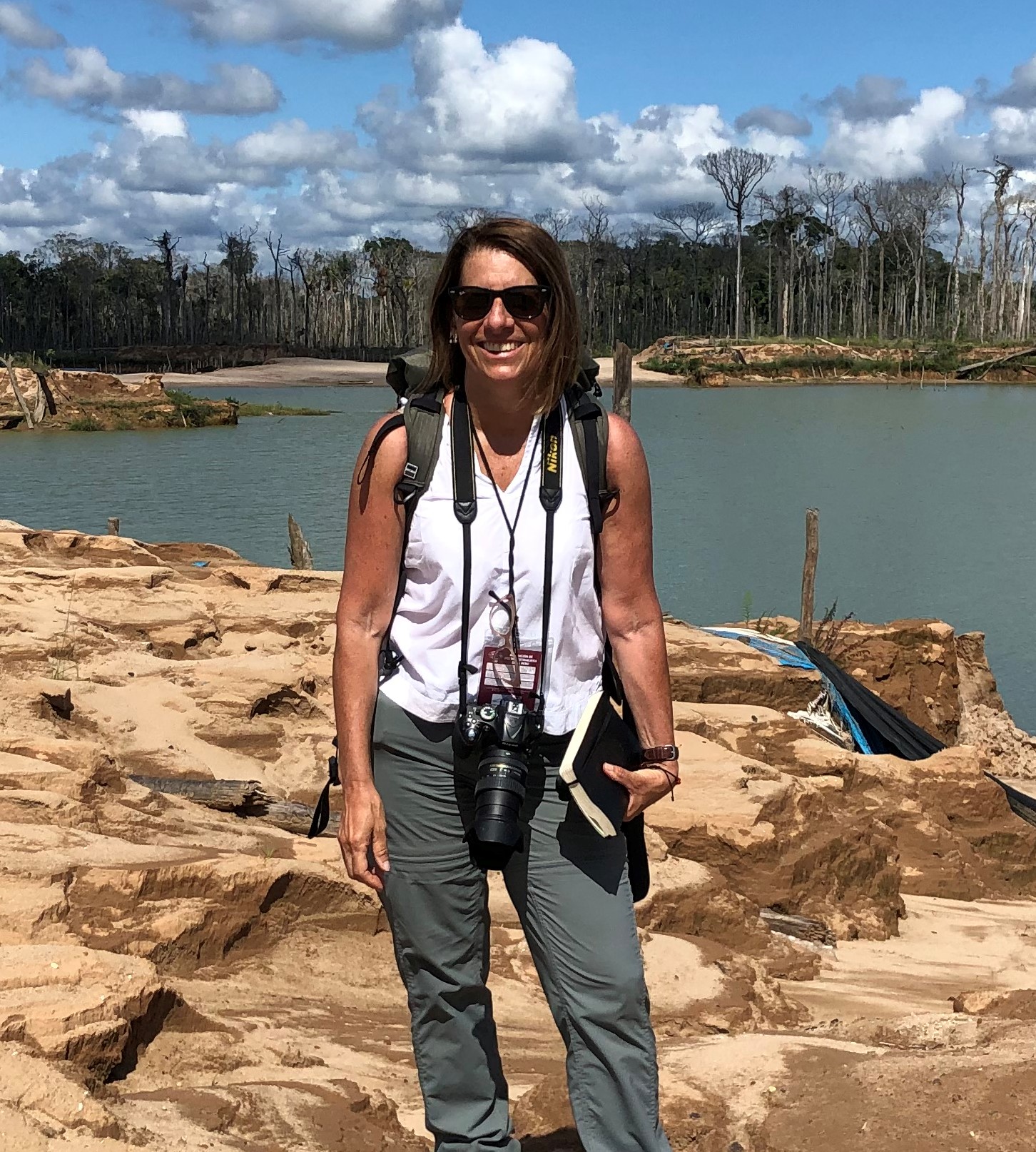 Paula Dupraz-Dobias is an investigative independent journalist, documentary producer and editor with experience in all forms of media globally, particularly in Latin America, Europe, and the United States. She has a long interest in pursuing of money trails, including money laundering, corruption and commodity supply chains, and their environmental and social impacts. She also covers humanitarian issues, international affairs and climate change politics.

Why Switzerland Struggles with Dirty Gold: Tales from Peru

The original publication is available via the following link:

Wildcat gold miners have devastated the Peruvian Amazon, leaving large swaths of it poisoned and stripped bare. In a drastic move, Swiss refiner Metalor stopped all gold imports from South American artisanal miners after its main gold supplier in Peru was shown to be sourcing gold from those illegal mines.

But with gold prices the highest they’ve been in nearly a decade, the quest for the precious metal is heating up in a place where mining and criminal activities overlap and law enforcement is haphazard.

Seen from the sky, the landscape on either side of Peru’s Interoceanic Highway looks identical, pockmarked with sandy plots of land and muddy pools of water. Yet the monotonous land is of strategic importance. It is the main transport artery into Peru’s southeastern region of Madre de Dios, where gold mining is booming.

For the thousands of miners trying to make a living in this jungle region, the highway is also the divide between those who try to follow the law and those who don’t. Peruvian authorities have declared the Tambopata Natural Reserve and its buffer zone, on one side of the road, off limits to miners. On the other side is the so-called “mining corridor” where gold extraction is allowed, under certain conditions.

“Only a few of us can work here legally,” says Juan Ttamiña, a miner working to support his family. “More common here is illegality.”

Weak law enforcement in large parts of this region means the situation is not as clear-cut as the Interoceanic Highway’s route suggests, and the government says. The weak enforcement of mining regulations has led to widespread illegal mining here, which in turn has been responsible for large-scale deforestation and mercury pollution, experts say.

And some of that gold ends up in Switzerland, according to watchdog groups. They accuse Swiss refiners, jewellers and watchmakers for sourcing such “dirty gold”. That could soon have consequences. Lawmakers in Switzerland, the world’s leading gold refiner, are now debating harsher penalties for companies linked to human rights and environmental abuses. But identifying “dirty” gold is hard. Criminal networks and illegal miners often try to conceal the illegal origins of their gold by mixing it with legitimately obtained gold before introducing it into the international gold market, according to the miners, traders and law enforcement officials swissinfo.ch met in Peru. This makes it difficult for Swiss refiners and gold-buying companies to know if they’re importing illegal gold.

Some gave up. In early 2019, Swiss refiner Metalor stopped sourcing from artisanal gold miners in Latin America altogether. The decision came after Peruvian customs officials seized 91 kilos of gold bars from local exporter Minerales del Sur destined for the Swiss refinery. The  cargo is suspected by Peruvian authorities to have contained illegally sourced gold including possibly from Madre de Dios.

In that region, authorities have long waged a losing battle against the thousands of illegal miners. In the past three decades, 960 square kilometres of forest – an area roughly the size of Hong Kong – were lost to gold mining, according to estimates by the Center for Amazonian Scientific Innovation, a think tank based in Tambopata, Madre de Dios. Military operations regularly dynamited illegal mining sites but more often than not mining soon resumed elsewhere.

But the authorities are not giving up. The Peruvian army recently launched “Operation Mercury” in an area known as La Pampa, on the side of the Interoceanic Highway where mining is illegal. Forces occupied an area the size of a small country in order to drive out wildcat miners. At the same time, the authorities accelerated a programme to certify miners who meet environmental and social standards.