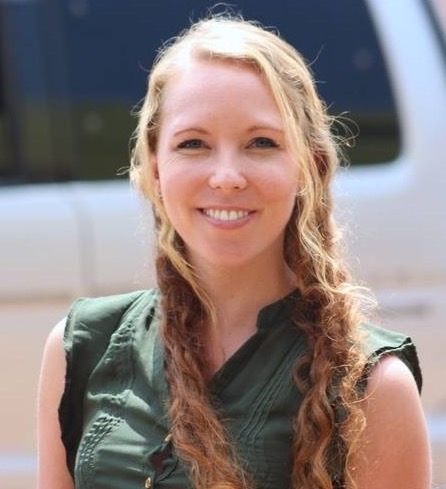 Annika McGinnis is a multimedia journalist and media development specialist from the U.S., based in Uganda. With Africa Water Journalists, she is the co-founder of InfoNile.org, a geojournalism platform and journalists' network focused on data-based stories on water and the environment in the 11 countries of the Nile Basin. She has reported for Reuters, USA TODAY, and McClatchy Newspapers and is a CIVICUS Goalkeeper, Pulitzer Center, and National Geographic Society Grantee. She has also helped lead strategy and programs at the Media Challenge Initiative, an organization supporting young journalists in Uganda. 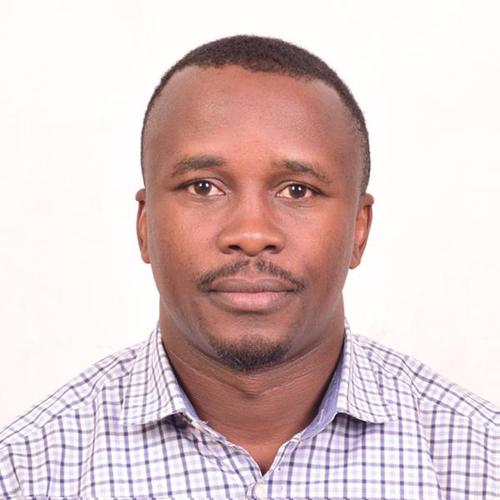 Ugandan Fredrick Mugira is an award-winning water and climate change journalist and development communication specialist with a wide-ranging experience. He is the director and founder of Water Journalists Africa, a non-profit media group that brings together over 700 journalists in 50 African countries to report on water-related issues. He is also co-founder of InfoNile, a GeoJournalism project that maps data on water issues in the Nile River basin and overlays them with journalism stories to promote transboundary peace. In addition, Fredrick works as an editor with Uganda’s leading multimedia house, Vision Group.

A National Geographic Storytelling explorer and a Pulitzer Center Grantee, Fredrick has reported from various countries in Africa, Europe and Asia and the United States. Among his accolades are the prestigious CNN/Multichoice African Journalist award and the UN Development Journalism Award. 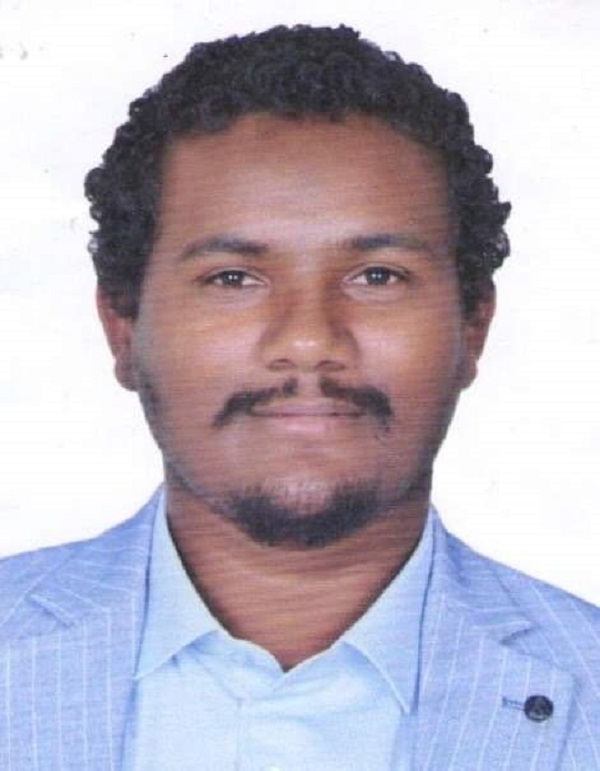 Ayele Addis Ambelu is an Ethiopian journalist. He has worked as an investigative journalist for Amhara Mass Media Agency, Ethiopia. President of Amhara Region Media Association in Ethiopia. Founder of Journal of Ethiopian Media and Communication and Africa News Channel in Ethiopia. Currently he teaches journalism at woldia university, and publishes a number of media related books and researches. 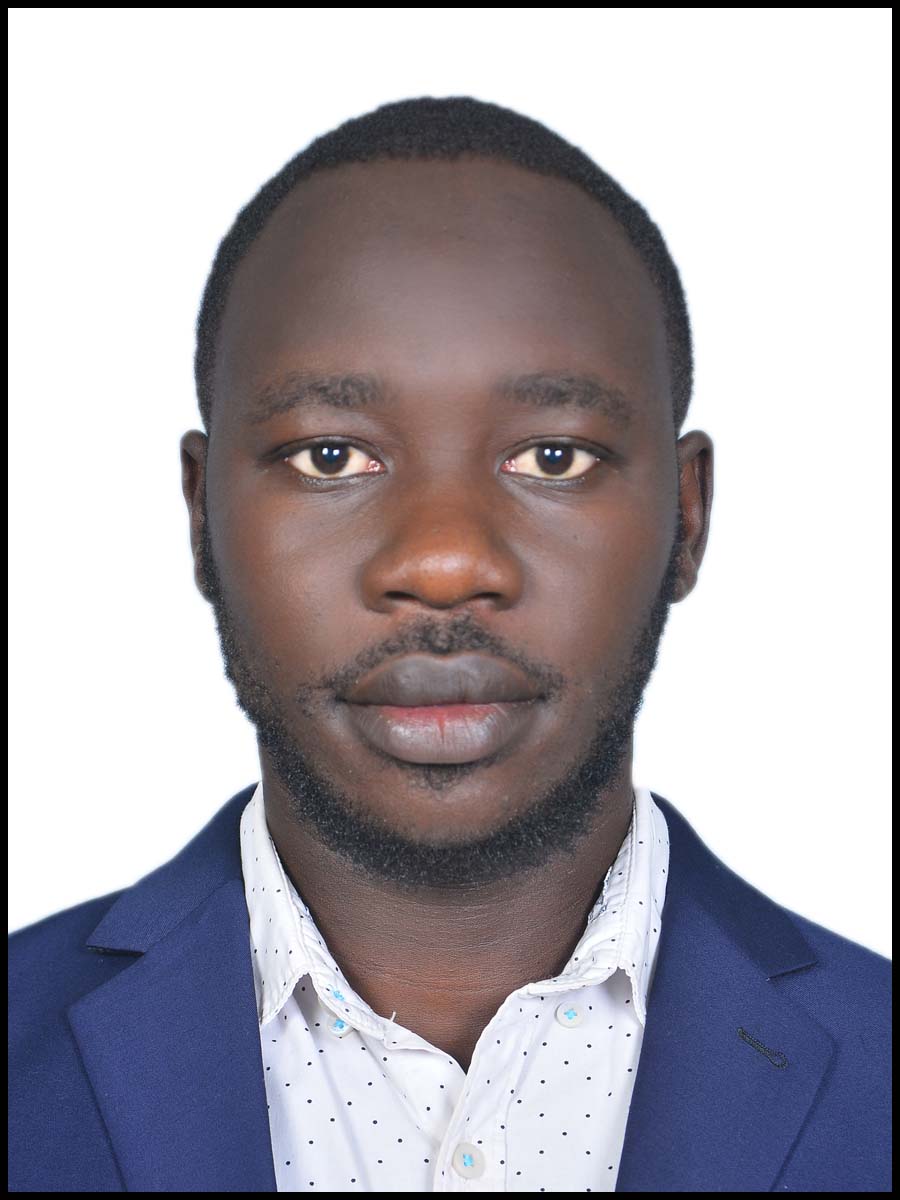 David Mono Danga is a multimedia investigative journalist based in Juba, South Sudan. He is the founder and Managing Editor of The Insider, an online investigative journalism platform that aspires to be quoted for nothing but the truth. Mono Danga also reports for Voice of America (VOA) for the South Sudan In Focus Program in Juba and The Continent with the Mail & Guardian, a pan African weekly newspaper designed to be read and shared on WhatsApp.

Mono Danga is a media trainer at the Media Development Institute (MDI) in Juba, and is also a member of the Centre for Collaborative Investigative Journalism (CCIJ). 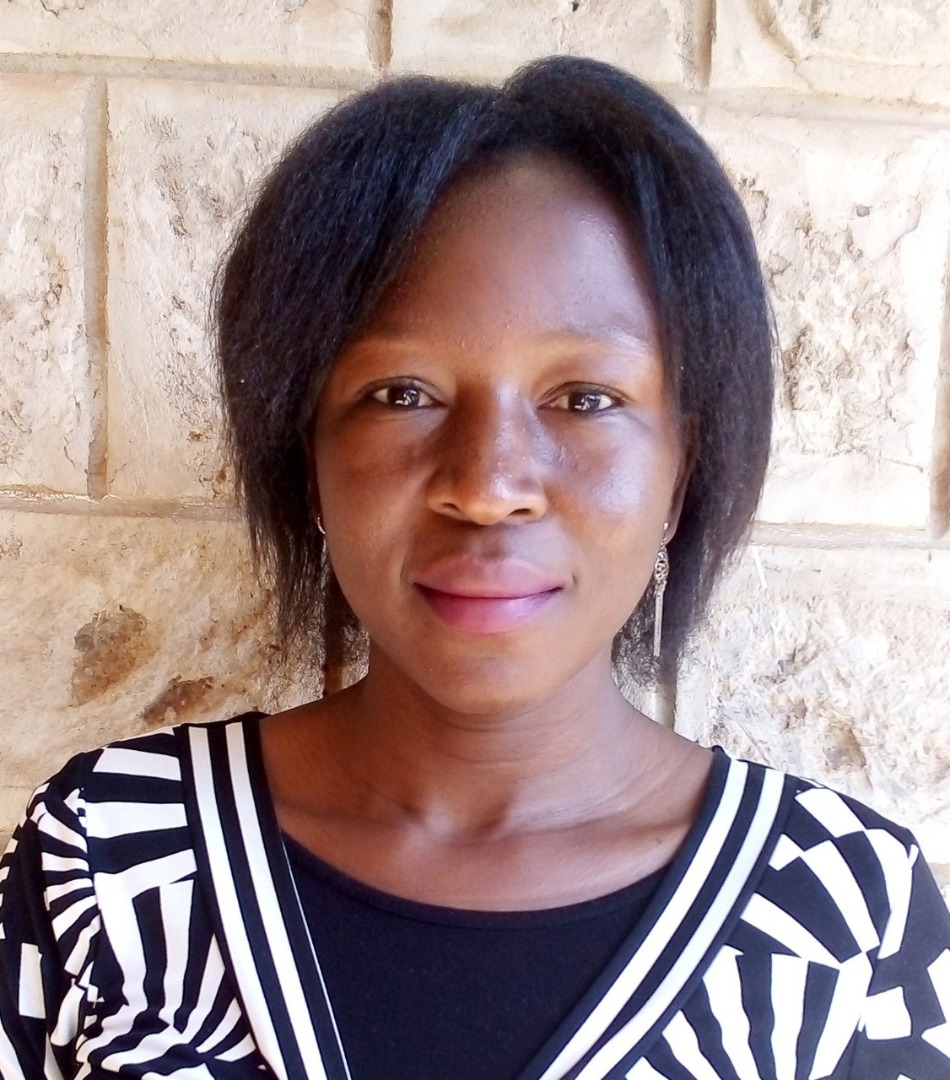 Emma Kisa is a Data Analyst with Code for Africa, as part of their pan-African data and academy team. She has worked in the media and communication field for 12 years and is a Uganda National Journalism Awards (UNJA) 2017 nominee in the Data Journalism category.

Geoffrey Kamadi is an award-winning freelance journalist based in Nairobi, Kenya. He specializes in science and environment reporting. 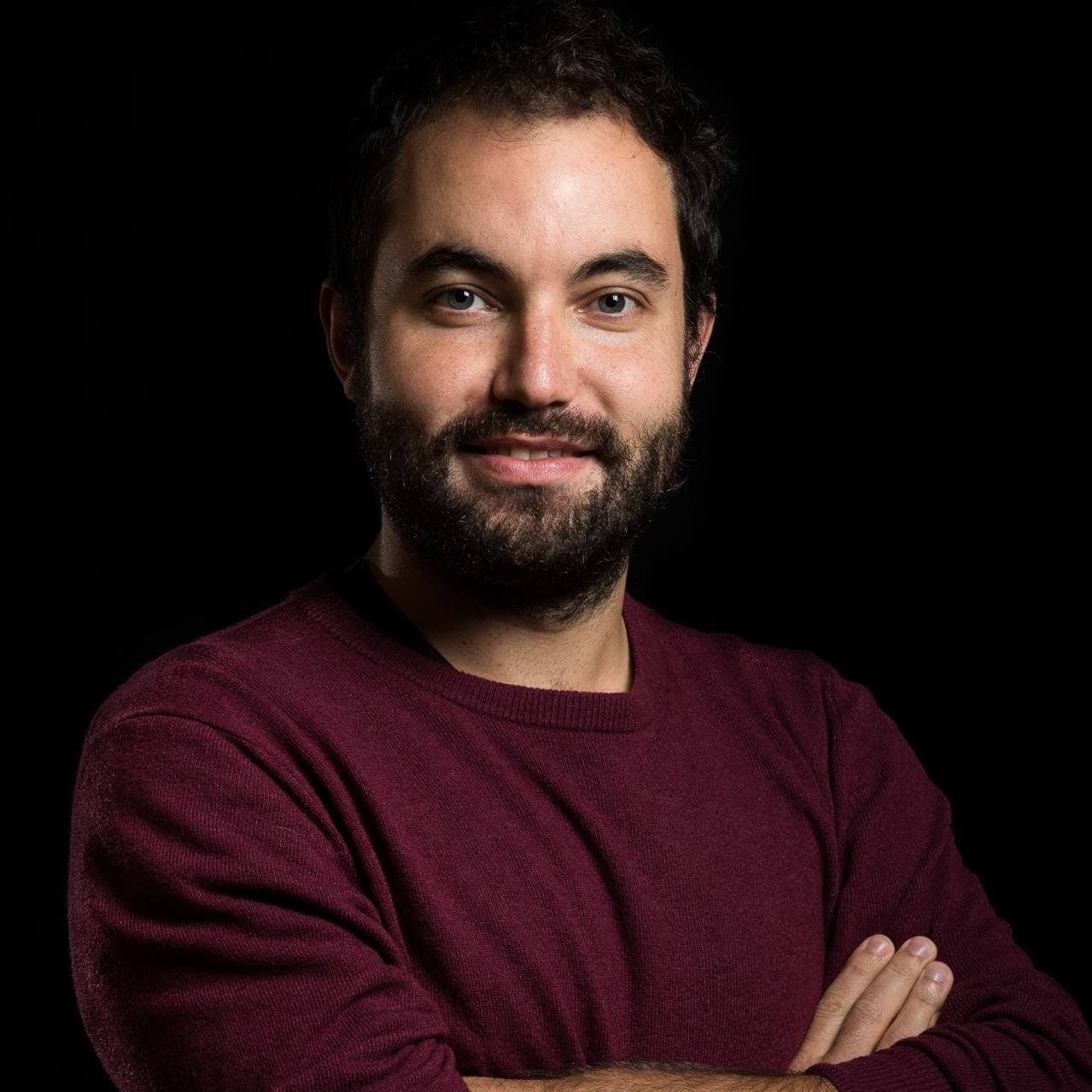 Jacopo Ottaviani is a computer scientist and data expert who works as Code for Africa’s Chief Data Officer (CDO). As an ICFJ Knight Fellow in 2016-2019, Jacopo shaped teams and designed programmes supported by the World Bank, Google News Initiative, GIZ and the Bill and Melinda Gates Foundation. His mix of technical skills, as a computer scientist and data journalist, has resulted in a series of projects published by, among others, Thomson Reuters Foundation, Der Spiegel, El País and Internazionale. 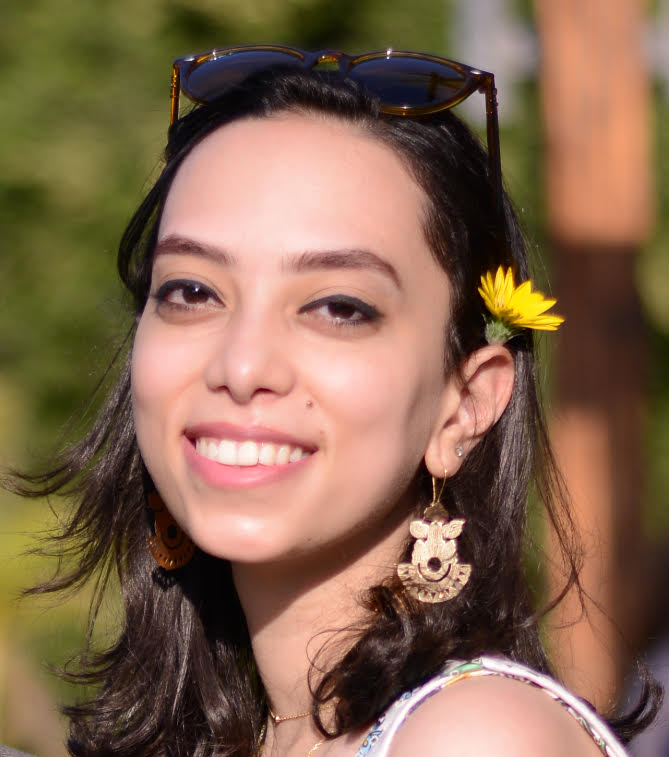 Nada Arafat is an Egyptian journalist working for the independent website Mada Masr. Born in a small town, Arafat has always had a passion for telling untold stories and echoing the voice of the marginalized communities. Her passion was put into gears in 2014 when she joined a local fellowship, backed by the Czech Republic, with a focus on long-form feature writing on local issues. After going through several trainings on women’s rights and development, she was finally ready to embark on a professional career in journalism. Her talent as a contributor to Mada Masr was immediately noticed after winning her first award from the British Embassy in Egypt. She then moved to Cairo and started a full-time job with Mada Masr as a reporter with a focus on investigative journalism, environmental, and agricultural issues. 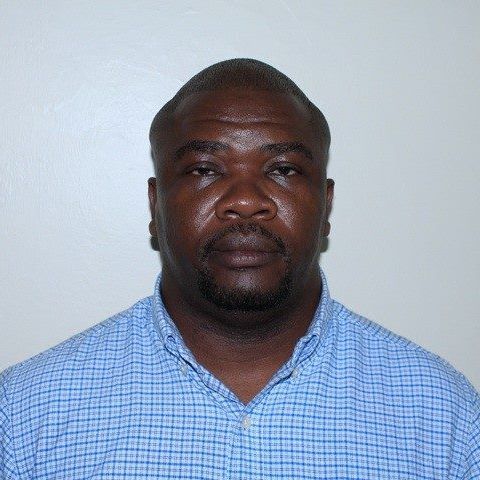 Paul Jimbo is a professional journalist with more than 10 years’ experience in media mentorship and training and has served in various media development organizations in South Sudan since 2007. He previously worked with various media organizations in South Sudan and has written award winning articles on Health, Climate Change and Environment. Jimbo holds an undergraduate degree in Journalism and Public Relations, a Diploma in Broadcast Journalism and is currently pursuing a post-graduate degree in Governance, Peace and Security Studies. 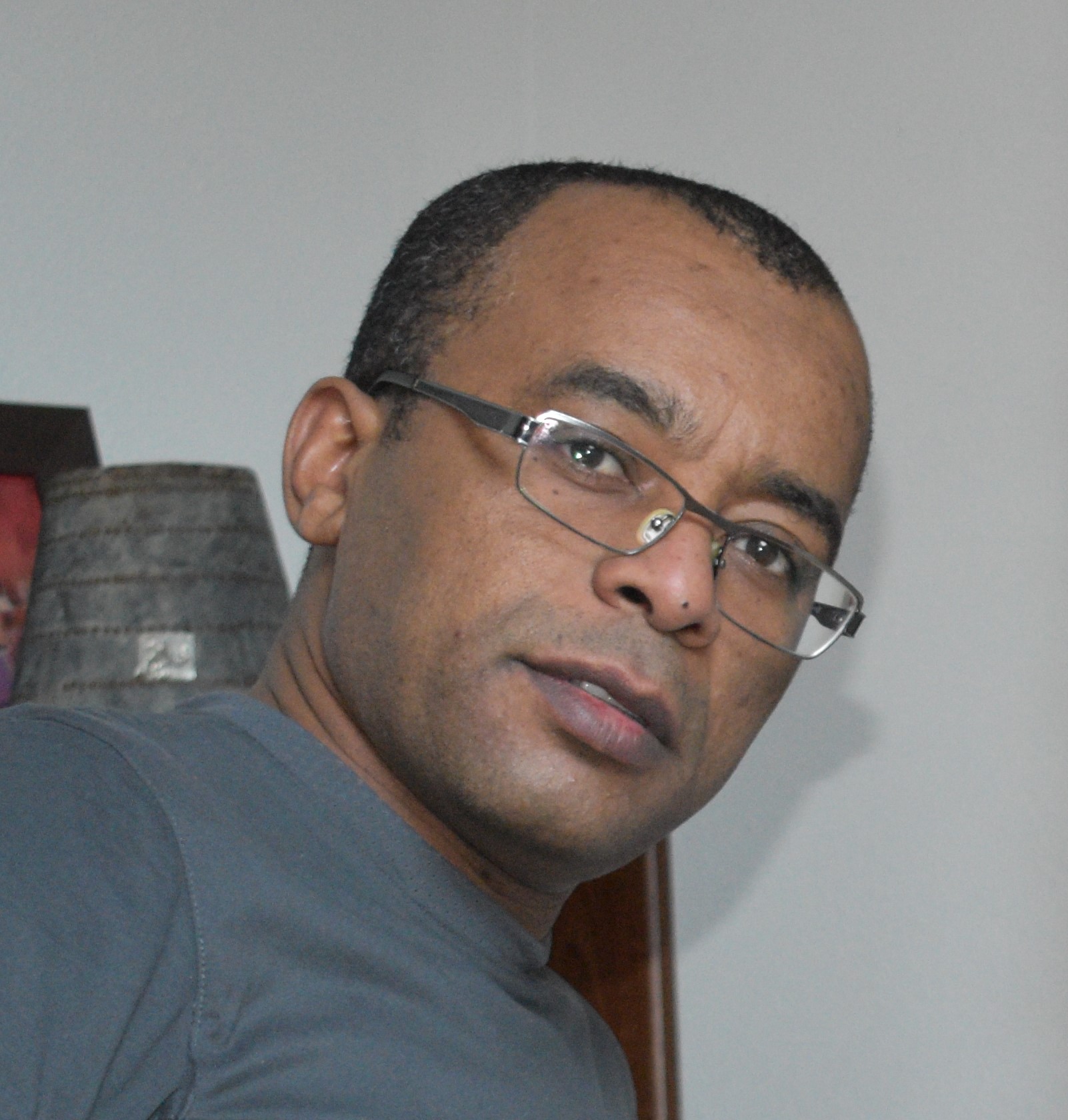 Saker El Nour is a freelance researcher and journalist who has more than 15 years’ experience in study, policy analysis, advocacy, and teaching about rural development, environment, and agricultural issues in the Arab world. In 2013 he was awarded a Ph.D. in sociology from Paris - Nanterre University. Between 2009 and 2019, he conducted fieldwork in Egypt, Lebanon, Morocco, Sudan, and Tunisia. He published for both academic and general audiences in French as well as in English and Arabic. In 2017 he published his first book, Land, peasant, and investor: A study on the agrarian and peasantry questions in Egypt, Dar El-Maraya, Cairo. And he co-authored a book, Mrahrah Bread: Political Economy of Food Sovereignty in Egypt, which is forthcoming with Dar Safsafa in Cairo. Over the past five years, he has concentrated on reporting rural water, agricultural, and food issues at the independent media, including Mada Masr, Al-Manasa, and Jadaliyya.

Sakina Salem is a Tanzanian graphic and data visualisation designer at Code For Africa. She is always keen to present data in a form that would be most compelling to a reader including motion graphics and interactive design. This is the first time Sakina has been part of presenting an investigative report of such a scale and she looks forward to creating more. 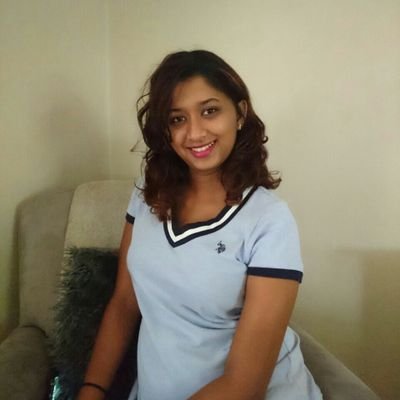 Tricia Govindasamy is a science graduate with skills in GIS and data science. She works as the Data Product Manager for Code for Africa’s (CfA) Data Academy Team. CfA is Africa's largest data journalism and civic technology initiative. As the data product manager, Tricia collaborates on data journalism projects by sourcing data, cleaning and analysing it, as well as creating interactive maps, charts, and infographics. Tricia also works with journalists across Africa, assisting them in using data for their stories through Code for Africa's WanaData programme. Additionally, Tricia creates content and trains journalists as part of CfA’s academy.AFRICA initiative.

Ouma Odhiambo is a Visual Designer based in Nairobi - Kenya, experienced in Data Visualisation, UX/UI design as well as Motion graphics. Ouma is passionate about using Design thinking to solve complex problems.

The original publication is available via the following link: https://pulitzercenter.shorthandstories.com/sucked-dry-newvision/index.html

This story was supported by the Pulitzer Center On Crisis Reporting
Principal investigators and editors: Fredrick Mugira and Annika McGinnis

Alice Nyamihanda was only a toddler beginning to walk and talk when she was forced away from her home. At just three years old, the child was evicted from the land where she, her family and her people had lived for centuries.

To the Ugandan public and the international community, this was an act of environmental conservation of some of East Africa’s most biodiverse natural forests that host half the population of the world’s remaining mountain gorillas.

But to the Batwa pygmies, a forest-dwelling group of hunter-gatherers who are accepted as the first inhabitants of these montane forests, the act turned the peaceful tribe into so-called environmental refugees.

Alice’s family of five and hundreds of other Batwa pygmies, a forest-dwelling group of hunter-gatherers, were evicted from their ancestral forestland in Mgahinga, Bwindi and Echuya in southwestern Uganda by the government of Uganda with no compensation when it turned the forests into conservation areas in 1991.

Since then, life has not been easy for her. Her father died in 1996. Her mother, a single parent, struggled to raise her and four other siblings. In order to survive, Alice’s mother had to offer hard labor for a number of years in exchange for a small piece of land where the family is staying now in Gatera village, Busanja Sub County in Kisoro, just on the border of Uganda and the Democratic Republic of Congo.

Unlike many others in her situation, Alice has been lucky: At 31, Alice is now pursuing a bachelor’s degree in social works and administration after completing a diploma in 2010. “If God wishes, I will graduate next year,” Alice says, hoping to use the skills gained to advocate for land rights of her landless tribemates.