"Migrants from Another World"

María Teresa Ronderos is a Colombian journalist, and director and co-founder of the Latin American Center for Investigative Journalism (CLIP). She is a columnist of daily El Espectador. She founded and directed VerdadAbierta.com, specialised on investigating war and peace in her native country. Author of several books, including best-seller Guerras Recicladas (2014), about the history of paramilitarism. Her investigative journalism career has been recognised with the “journalist of the year” Simón Bolívar Colombian national award (2104), the Maria Moors Cabot (2007) and the Ortega & Gasset (2020) awards. 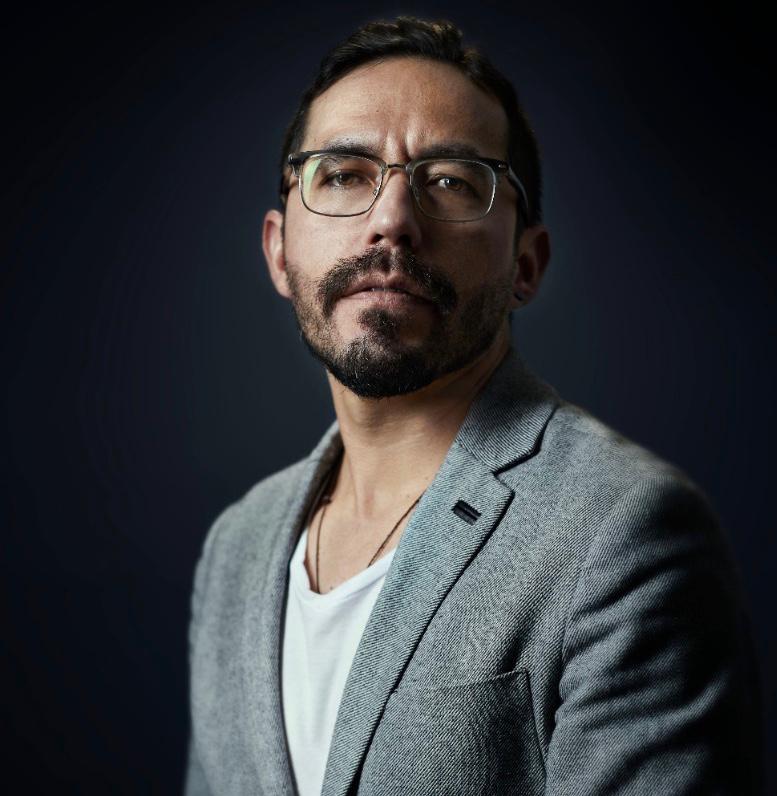 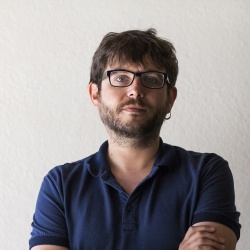 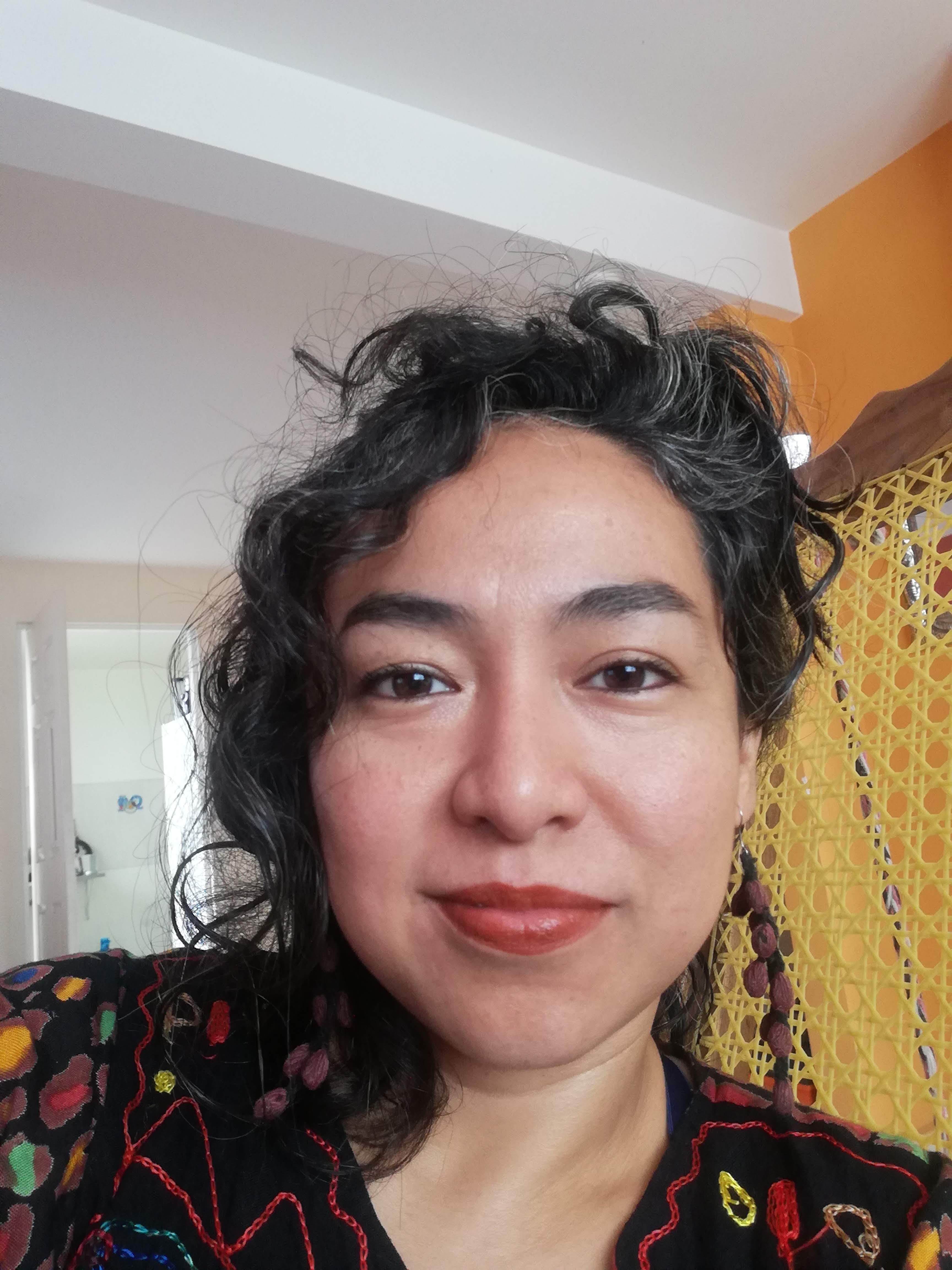 Christian Locka, is an award winning freelance reporter of Cameroon nationality who exposes corruption, illicit finances,  human rights abuses, and organized crime for a couple of years now. His work has appeared in established publications such as 100 Reporters, Washington times, public radio international, Usa Today. The former fellow of the Fund for Investigative Journalism(FIJ) and the Investigative Reporters and Editors (IRE) is since 2019 the founder  and CEO of the Museba project, a training and reporting news organization in central Africa. 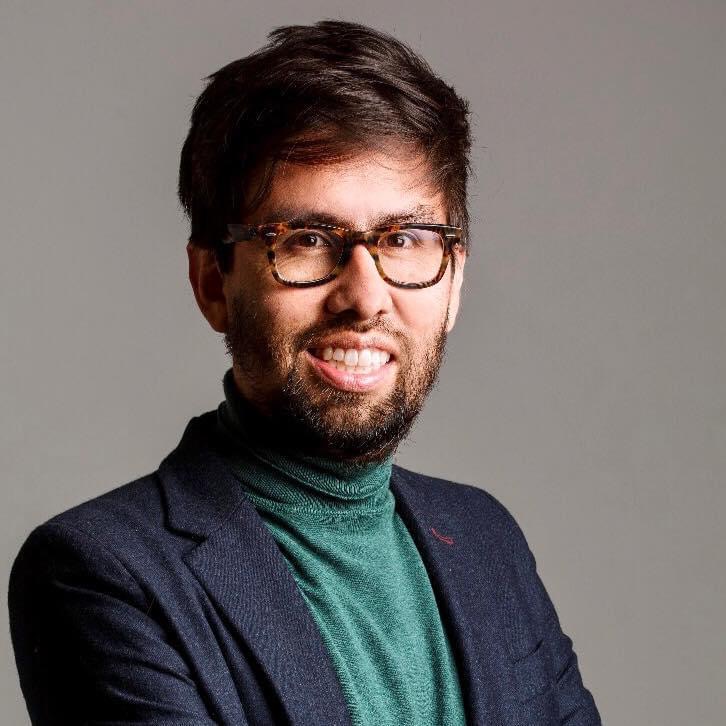 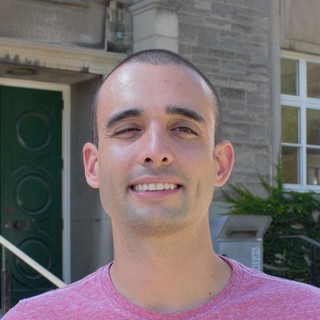 Giancarlo Fiorella is a Senior Researcher and trainer at Bellingcat, an open source digital research collective. Since 2018, Giancarlo has worked on projects focused primarily on Latin America.

Manno Wangnao did her honors in Economics and followed it up with a degree in Journalism from Times School of Journalism in India. She had stints with various Indian media organizations before joining the Confluence Media. She is now a freelance journalist.

Ushinor Majumdar is a reporter, researcher, author and a budding screenwriter. He has worked as an investigative reporter with various Indian news organizations before joining the Confluence Media. 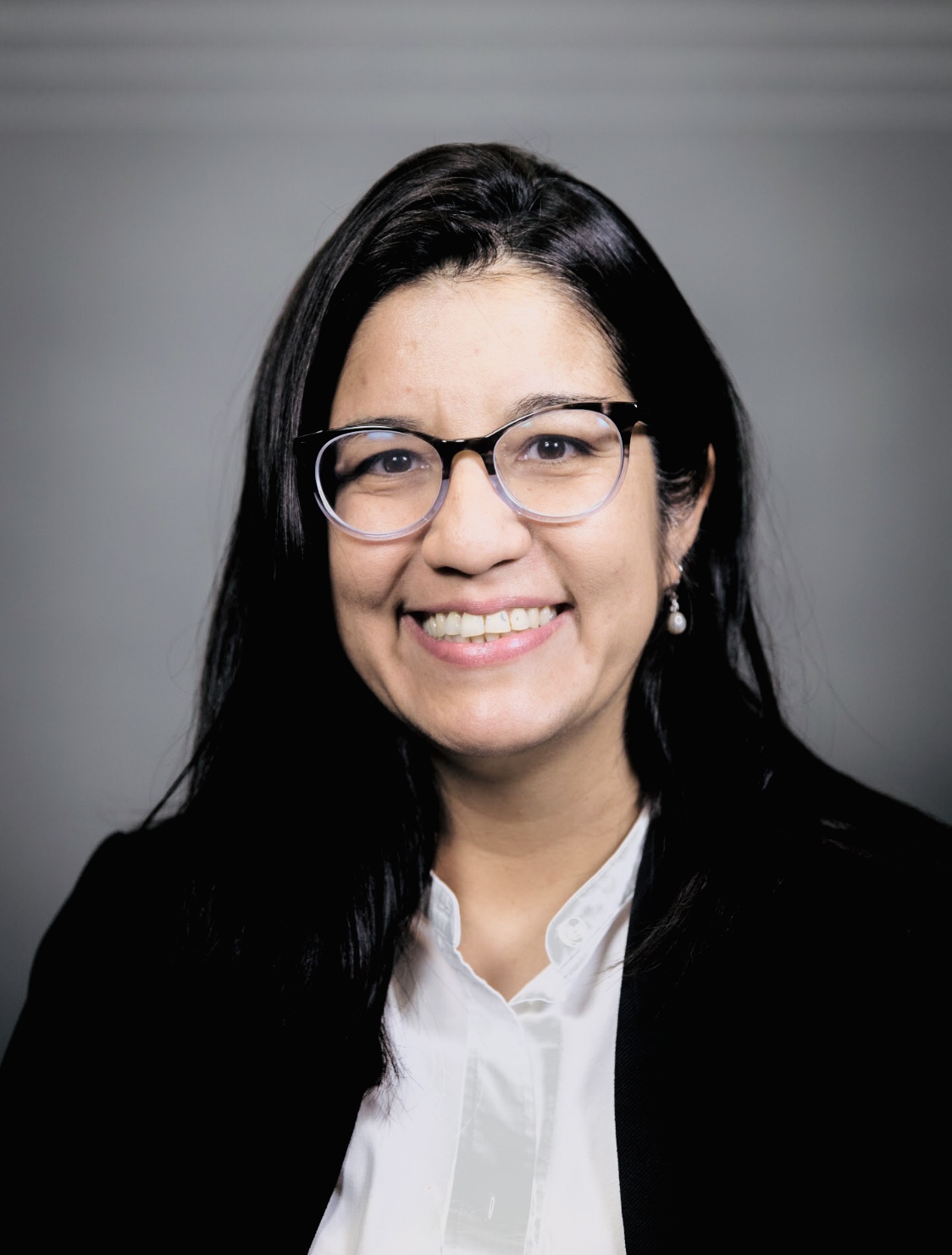 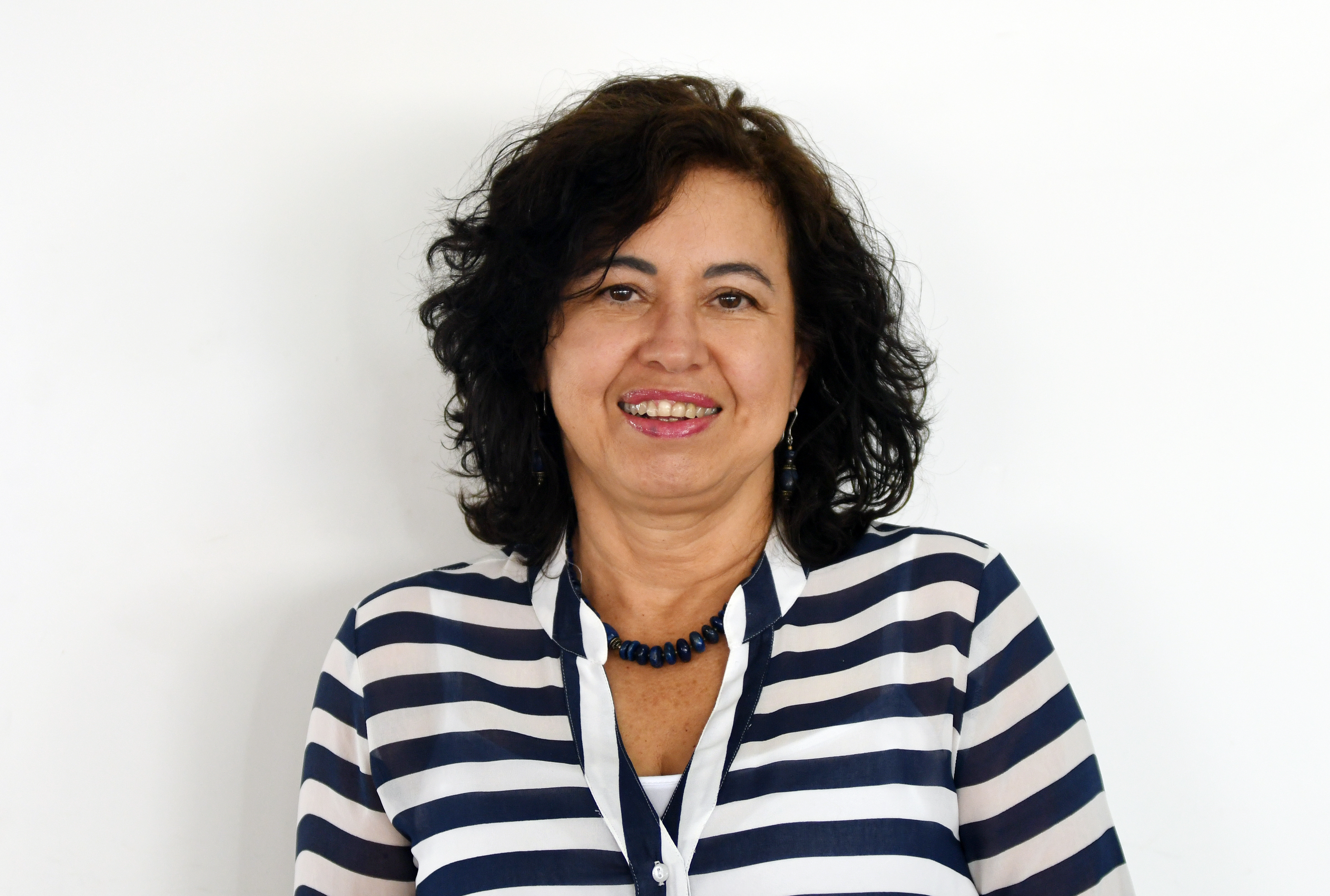 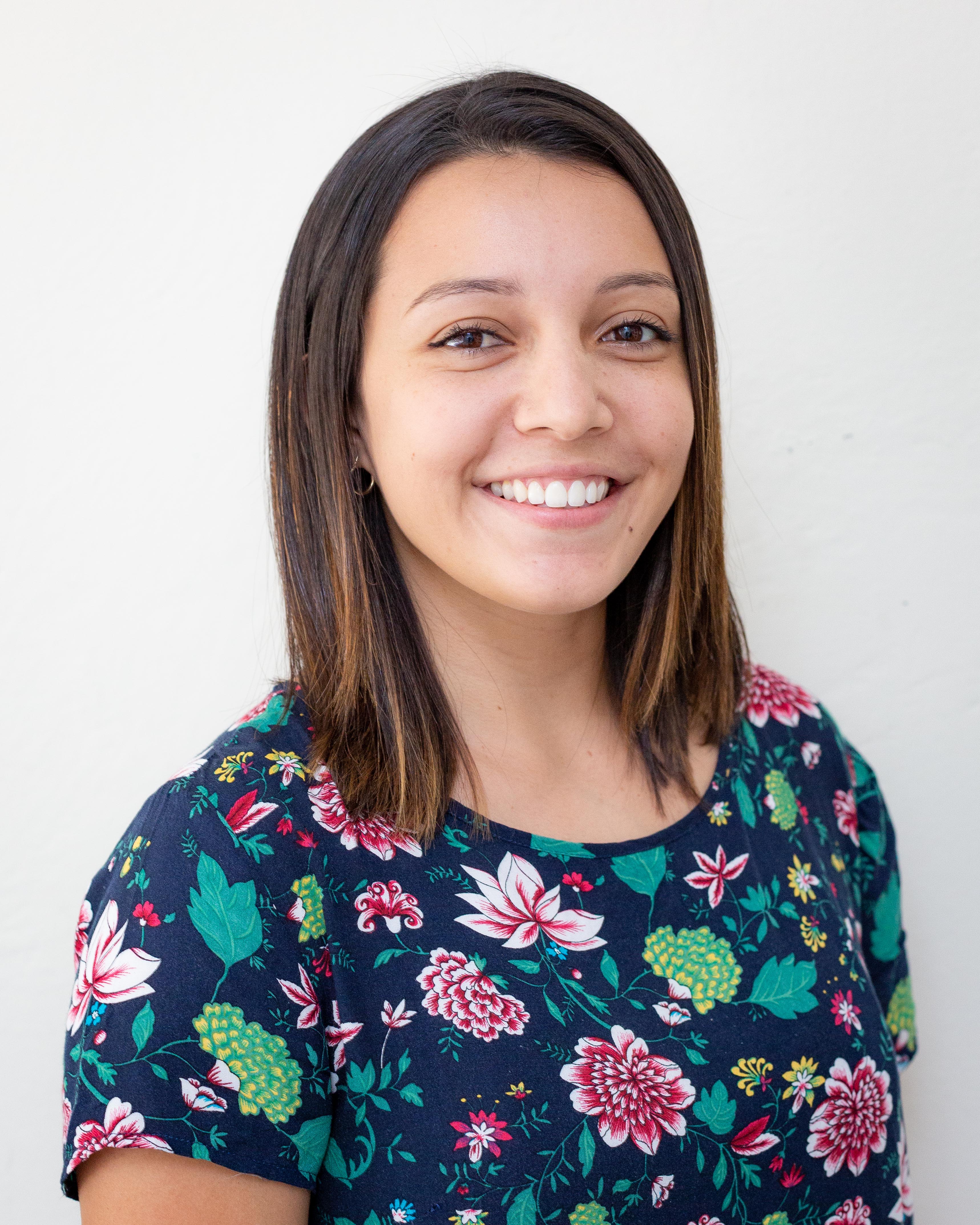 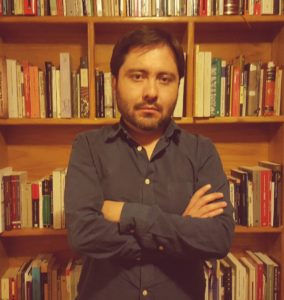 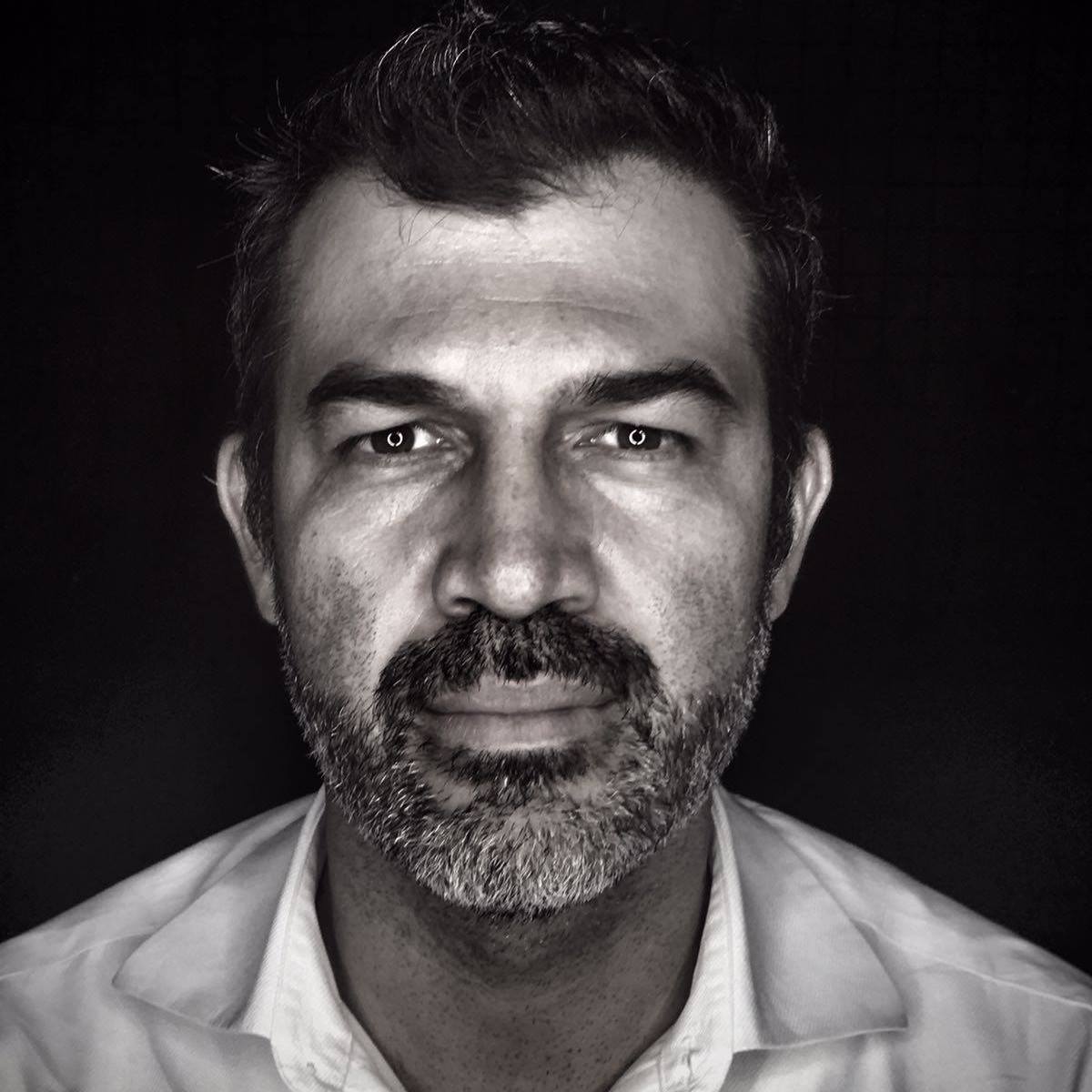 Ronny Rojas. Costa Rican investigative journalist based in the US. He currently works with Noticias Telemundo. His work has been recognized with numerous awards, including a national Emmy, the Robert F. Kennedy Journalism Award and the Ortega y Gasset Award. 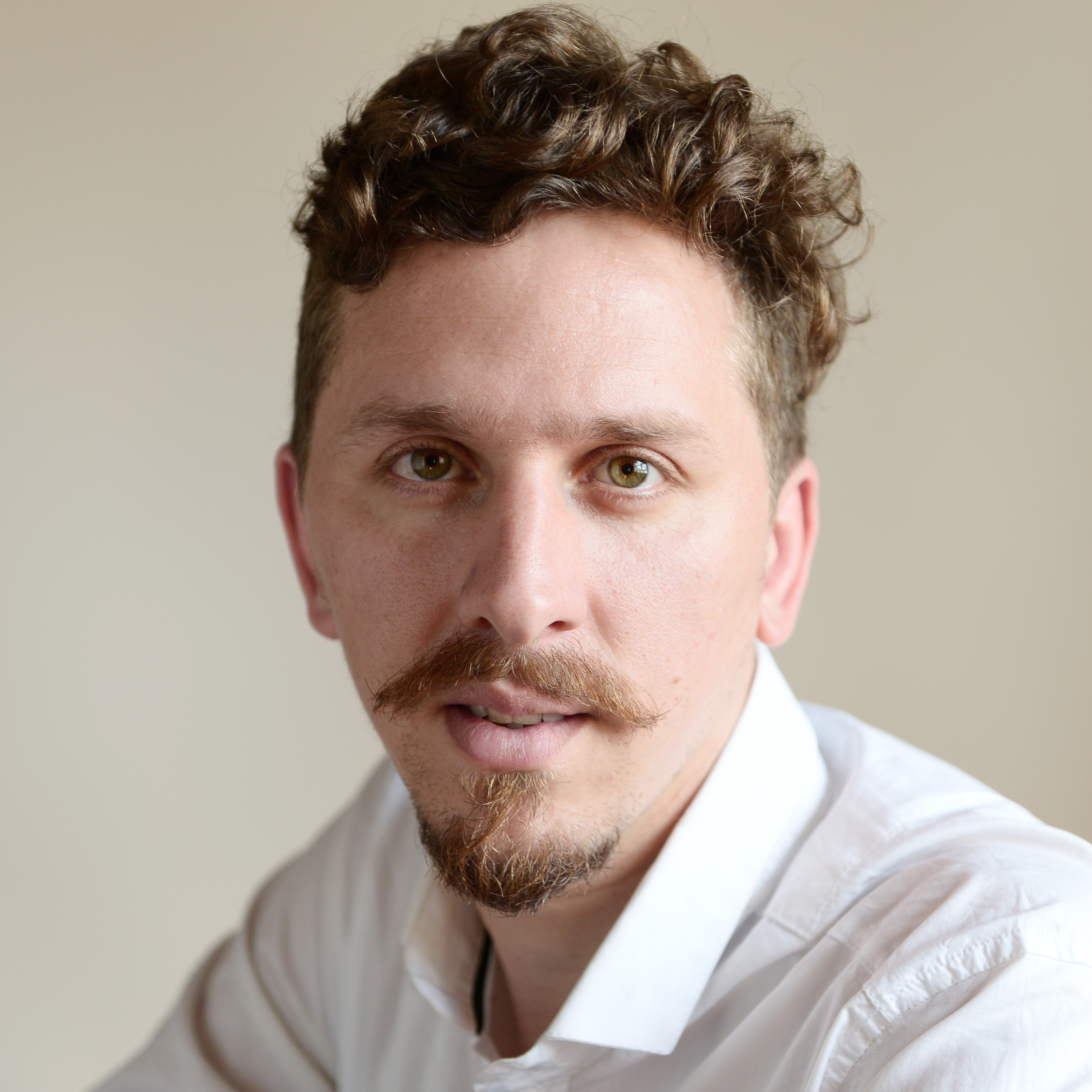 Migrants from Another World

Every year thousands of people expelled from Asia and Africa cross Latin America looking for the north like swallows disoriented by an altered climate. Along the way, the already painful journey of these extraordinary human beings is made unnecessarily difficult by almost all governments, who put them at constant risk. This collaborative, cross-border investigation tells the story of their passage through our countries.

I met Kamal on the morning of January 16 of this year in Necoclí, a village of about seventy thousand people with a rough green sea and poor fishermen on the edge of the Gulf of Urabá, in the north-western corner of Colombia. Kamal was fleeing from Dhaka, Bangladesh, after religious extremists burned down his tea shop. His country has a Sunni Muslim majority, and, like the rest of the region, it has been affected by the ravages of global terrorism and the war against it and by the sectarian demagogy of leaders in both hemispheres. These have led to criminal attacks on the homes, businesses and temples of Hindu, Buddhist, Muslim and Christian minorities.

Every year, half a million Bangladeshis are forced to leave their country. Those exiled by violence, like Kamal, are joined by those displaced due to climate change, which has especially affected this low and overpopulated country: increasingly frequent floods and landslides sweep the land under their feet.

Like most migrants, many of them take refuge in neighbouring countries, seeking to rebuild their lives not too far away from their regions. Many, however, decide to leave for the Americas. Between 2017 and January 2019, 1,608 Bangladeshis requested refuge in Brazil.

Kamal, too, flew to Sao Paulo, but he connected directly to Bolivia and there began his journey northwards overland. That’s where he was going when we talked to him in Necoclí. Throughout 2019, Bangladeshi were in the top-five list among the Africans and Asians who took this route to the United States or Canada.  Seven hundred and three travellers with this passport were registered by Colombian migration points, and officially, 1,561 were presented to migration authorities in Mexico.

The forces of globalization that now shape our lives - transnational economies, multinational militias, remotely ordered bombings, climate change, the Internet - have turned on the taps of migration across the planet. There are 50 million more migrants today than there were ten years ago, and the percentage of people living in a different country than their own has been increasing.

This cross-border investigative collaboration, involving 18 media organisations in 14 countries, uncovers an intense and little-known chapter of migration in our world today.

We have called it “Migrants from Another World” because it tells the stories of people who travel between five and ten thousand miles to the opposite side of the planet. Once in the Americas, they cross the continent in express buses or planes, in speedboats or rafts, in clandestine taxis or private cars taking hidden routes and tricky shortcuts, always towards the north, to the United States or Canada, like stunned swallows. Often, they cross entire stretches relying only on their legs, the wings of hope.

They are Migrants from Another World because the moment they set foot on the continent, their Bengali, Lingala or Hausa, Fula, Hindi or Nepalese, Arabic, Urdu or Sinhalese lose all their value, and not even French, Portuguese or English are of any use to them in the deepest villages, where no one understands them.

They are from another world because their courage and conviction are extraordinary. Determined to make a new life for themselves and - often - to open paths for those they leave behind, they take on the exploitation of swindlers on the road, the hostility of migrant posts and the corruption, they endure assault and rape, hunger, fear and threats, imprisonment and death.

“Death is also a form of freedom,” says my colleague Juan Arturo Gómez, a member of this journalistic team who lives in the Gulf of Urabá region, very close to the border with Panama. He heard the phrase from an immigrant, and it stuck with him.

Why such a long journey?

Many reasons make migrants take this route, which seems absurdly long. One often mentioned by Africans is that the road to Europe via Libya, where they torture and enslave travellers, terrifies them. Another is that the United States offers fewer and fewer quotas for refugees, which made it possible to wait patiently at home or in a friendly country until they were allowed to fly safely and directly.

In fact, the Trump administration has narrowed refugee quotas (reducing the 110,000 planned by the Obama administration for 2017 to 18,000 this year, and now reduced to zero with Coronavirus). This left them with no choice but to attempt this tortuous route that can take months and enter illegally and beg for asylum once inside. It’s the case of the 1,327 Indians who were granted asylum in the United States in 2018, the last year for which the government provides figures.

Moreover, with instant global communication no place seems so distant, no journey seems so lonely. On phones and in internet cafés they follow the digital pebbles left behind by their fellow countrymen. Relatives and friends extend a helping hand, sometimes paying for the trip. Other times they pay for it themselves by borrowing from their families, selling whatever goods they have - like Kamal, who sold his land -, or getting in debt with their future as sole guarantee of payment.

They have Facebook and WhatsApp on their phones, and they can report what happens to them along the way. They spin networks by nationality, like the one Malians and Senegalese have been building in Brazil and Argentina since the late 1990s. In chat groups, those who have already made it through put them in contact with some migrant protectors - like Luis Guerrero Araya, whom I met in La Cruz, Costa Rica –, and they can let others know if there are problems.

Once some find soil to lay down roots, they call the others, and those call others. This is what humanity has always done: migrate in clusters.

This long journey is also possible because, although they are unwelcomed almost everywhere, their money is always welcomed. It flows easily from accounts in Karachi in Pakistan and Douala in Cameroon to Cruzeiro Oeste and Sao Paulo in Brasil or to Apartadó in Colombia, it crosses all borders with very little paperwork, through multiple international instant money transfer services like Western Union or MoneyGram, often mentioned.

This is what this journalistic alliance heard from many migrants in different parts of the American geography, as well as from the official sources, academics and activists who spoke to us.

Over 40 journalists and editors and translators, cameramen and photographers, producers and creators, programmers and developers, designers and artists built Migrants from Another World. We were united by one purpose: to put flesh and blood on these migrants who have been almost invisible to the world. Even in the annual reports of the International Organization for Migration (IOM), they barely show up.

Their stories are only printed when tragedies happen or, worse, when their perpetrators are the subject. In this nine-month investigation, however, we followed their stories from beginning to end. We wanted to hear from those who managed to settle in the North and ask them whether it was worth the cost they paid; we wanted to find out what happened to those deported or imprisoned, to put a face and a name to those who died and whose remains lie in unknown places or mass graves by the roadside.

Our hope is that after cruising through the five chapters of Migrants from Another World more people will know that these migrants exist, in all their humanity, and that more will hear their only clamor: a safe and dignified passage through the continent.

Three images tell the journey of this Nepalese migrant, who went through 15 borders to reach the USA.

By Deepak Adhikari, with the reporting of Nathan Jaccard and José Guarnizo

For many migrants, Puente América, was the last stage before hell. This hamlet of 30 houses is located in Chocó, the poorest province in Colombia. The village is less than 25 kilometers away from the border with Panama if you draw a line between the two points. However, there are no such things as straight roads in this thick jungle.

By Alberto Pradilla, with reporting by Angeles Mariscal and Christian Locka from Cameroon

At least three Cameroonians died in the October 11 shipwreck off the coast of Chiapas. Eight others survived. This is the worst accident yet involving African migrants in Mexico. Only one of the families managed to recover their remains. The survivors are in the United States, fighting for their asylum case.

Story 3
No one understood Nguyen in El Salvador

By Suchit Chavez, with reporting by Ronny Rojas

In December 2018, the Vietnamese Van Dung Nguyen was determined to migrate to the United States when he was arrested at El Salvadors international airport with a false Salvadoran passport. He was not accused of being a criminal, but he was not allowed to continue his journey. After that he just wanted to go home. He was as invisible as the thousands of other extra-continental migrants.

Story 4
Back Home and with Broken Dreams

A thousand miles. That was the distance that separated three Indian migrants from the United States when they were deported by Mexican authorities back to their country, along with 308 of their compatriots. After spending a fortune and traveling halfway round the world, they are broke and back where they began.