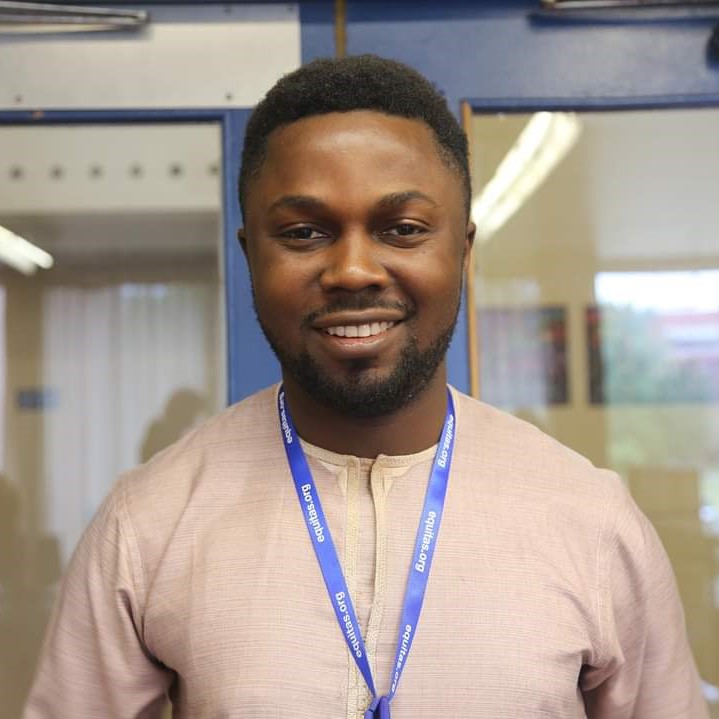 Philip Obaji is a Nigerian journalist whose work on jihadi groups, terrorism, human trafficking, and Africa has appeared in numerous publications including Sahara Reporters, USA Today, The Daily Beast, The Hill, Equal Times, Refugees Deeply, and The Guardian. He won the Future Awards Africa Prize in Education in 2014, and the Future Awards Africa Prize for Young Person of the Year in 2015. Obaji was listed among 100 most influential people in Nigeria in 2016 by popular Nigerian news website, YNaija.

The original publication is available via the following link: http://saharareporters.com/

Having fled the conflict in Cameroon's English-speaking regions, a number of Cameroonian child refugees are becoming victims of human trafficking, including being marketed as maids through Facebook

For over a week in December, Stan Wantama used his Facebook page to upload photographs of teenage Cameroonian girls, who fled the conflict in their country's Anglophone regions to border communities in southern Nigeria, as he sought interest from people willing to pay to have them as maids.

In one post, he put up a photograph of a young girl he said was 16 years of age and asked Facebook users interested in having her as a maid to contact him by sending a private message via the social media platform or through an email he displayed in the post.

In another post, Wantama uploaded an image of a girl he claimed is “intelligent, hardworking and about 17,” and asked persons interested in hiring her as a maid to “inbox me.”

I reached out to Wantama through the email he gave, asking him about the background of the girls he displayed on Facebook and the process of getting a maid from him. He did respond to my email, but without going into details in many areas.

"They could come from anywhere," he said, in response to my question regarding where the girls he offers as maids come from.

With regard to the average age of the girls Wantama offers as maids, he replied by saying "it depends on what age range you want."

According to Wantama, anyone interested in having any of his maids has to first send him a private message via Facebook or an email stating his or her name, address, phone number, and occupation.

"No fee is paid immediately," Wantama, whose profile photo on Facebook is a drawing of a young man in black and white colours, told me. "You are to pay 30,000 naira (about $82) every month to the maid as her salary and agree to give her accommodation and a day off every week."

"For the first month, you are to pay her salary after she works for a week," Wantama added.

In response to my question about if there was someone available to work immediately as a maid, Wantama sent a photograph of a girl he said is a 13-year-old Cameroonian, whom I'll call Glory, living in Adagom, a small community inside Ogoja Province in Nigeria's south-central Cross River State, along the border with Cameroon. Wantama said the parents of the girl approved of her becoming a maid. He rejected my request to speak directly with the parents or any available relative of the girl by telling me "you have to speak [to any of them] through us."

In another email to Wantama two days later, I asked if the girls who currently had their photos displayed on his timeline were still available as maids, he replied by saying, "on Facebook, we take out the photo of anyone who has been given away as a maid. We've taken a couple away."

A Facebook user, who reacted to one of Wantama's posts, appeared to confirm what he said about deleting photos of girls who've been given away as maids by telling me in a chat via Facebook Messenger, "I think I have seen some other photos of young girls which I no longer see again."

It's difficult to ascertain how many Facebook users Wantama's posts have reached, as his friends are not visible to the public. Nevertheless, his activities on the site did gain some public interest.

In one post in which he displayed a photograph of a teenage girl and offered to give her away as a maid, one person commented by saying, "I'm interested." Wantama then replied, "check your inbox," apparently insinuating that he had sent a private message to the Facebook user on how to go through the process of having one.

It took until the following day for Facebook to respond to my email reporting Wantama’s activities on the platform. In her reply to my email at about 10 p.m., Nigerian time, Kezia Anim-Addo, Head of Communications for Facebook in Africa, told me the company was “currently looking into this at the moment.” Wantama’s account was suspended at about the period of Anim-Addo's reply, nearly 29 hours after Facebook’s attention was drawn to his inappropriate posts. The delay in taking action enabled Wantama's posts to gain more views and a reaction to one of his posts from a Facebook user.

Yandex, the Russian tech company which provided the email Wantama displayed in a number of his Facebook posts did not respond to my request for comments for this article.

In his replies to my emails, Wantama didn't give much details about the girls he had advertised on Facebook but, by mentioning where the 13-year-old girl in his first email lives, I thought I had enough information to pursue an investigation into his activities.

I travelled to Ogoja shortly after my second email chat with Wantama. The town is home to thousands of Cameroonians who are taking refuge in communities like Adagom and Okende.