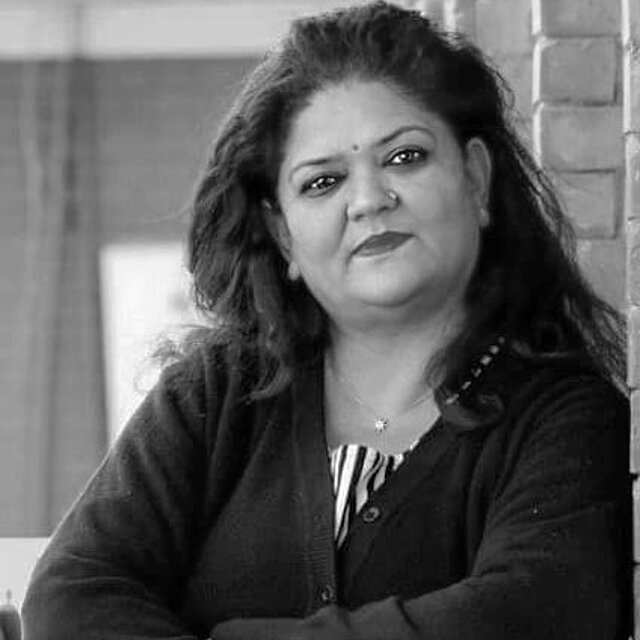 Babita Basnet has been actively involved in journalism for 30 years. Currently, she is an editor of Ghatana Ra Bichar, a popular vernacular weekly newspaper in Nepal. She is also the Executive Director of Media Advocacy Group (MAG), a national NGO working in Nepal since 2008 for the promotion of Right to Information (RTI), Women's Empowerment and Gender Equality, and rights of marginalized communities through media mobilization. She is former president of Sancharika Samuha, a forum of women journalists and communicators in Nepal.

Along with long professional background in Journalism and media, Ms. Basnet has been a professional trainer for Media, Gender and Security, Human Rights, Gender Based Violence, Right to Information, Women, Peace and Security, Trafficking and migration. She served as a member of High Level Media Advisory Commission, Government of Nepal in 2006. She was appointed as the member of the Drafting Committee formed by the Government of Nepal on Right to Information Act and Working Journalist Act in 2006, and member of National Mass Communication Policy Implementation Advisory High Level Committee, formed by Government of Nepal in 2017. She was a Member of SAARC Gender Policy Advocacy Group (representative, from the civil society and nominated by the Government of Nepal) for 2015 to 2017.

She has written and edited number of books which includes In search of Self Reliance (case studies of survivors of Trafficking) Foreign Employment for women: Challenges & Opportunity (a compilation of articles on migrant women workers). She edited books entitled: "Media and Elections" and "Women, Constituent Assembly, Elections and Media". Her literary book "Sambandhahin Sambandhaharu" (relation without relationship) has been published second edition.