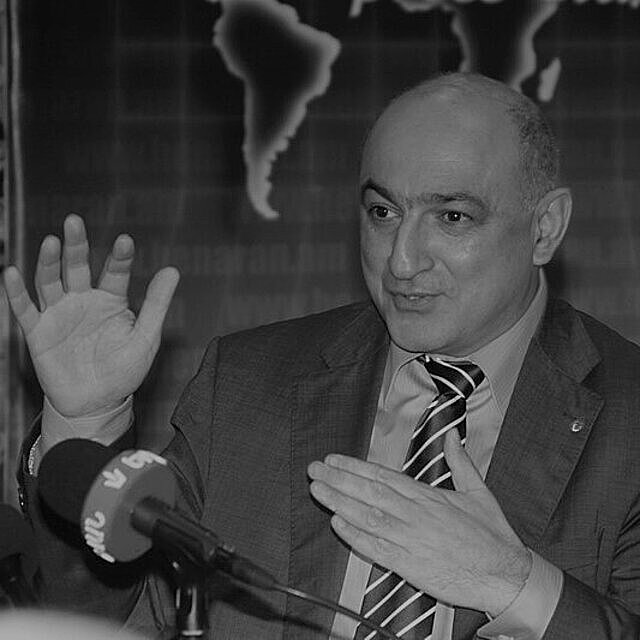 Boris Navasardian has been the President of the Yerevan Press Club, the first independent association of journalists in Armenia, since its foundation in 1995. His journalistic career started in 1979 Since then Boris Navasardian has held various positions in media and communications. In 1990 he headed the Russian version of “Republic of Armenia” daily – the organ of the first Parliament of independent Armenia. In 1990-1995 he was also the publisher and editor-in-chief of “Zerkalo” weekly. Boris Navasardian lectured at Yerevan State University, the Russian-Armenian (Slavonic) State University and the Yerevan State Linguistics University. He has authored numerous articles and TV programs, managed dozens of projects on media development, civil society development, and conflict resolution, was in charge of the publication of over 50 books on journalism and democracy promotion. From 2002 till 2006, he has been chairing the Board of the Open Society Institute Assistance Foundation-Armenia. In 2005-2007 and in 2016-2017 Mr. Navasardian was member of the Council of Europe’s expert groups on “Freedom of Expression and Freedom of Information in Times of Crisis” and “Civil participation in decision making” respectively. In 2009-2018 he was several times elected as a member of the Steering Committee of the Eastern Partnership Civil Society Forum. In 2009-2011 he also acted as a Jury member of the International Hrant Dink Award.