The shortlist for the Fetisov Journalism Awards 2022 has been revealed.

The 37 best stories in the four categories were selected by the FJA Expert Council out of 350 entries from 81 countries. Over the four years of the award's existence, contestants from 123 countries took part in the global competition.

The shortlisted projects include 15 collaborative works, 6 of which are cross-border investigations.

We would like to thank the members of the FJA Expert Council for their time, expertise and dedication.

Congratulations and good luck to all those who made it to the 2022 Fetisov Journalism Awards shortlist!

Please find the shortlist below.

"I was glad to see diverse stories from across the world. Some stories are just incredible."

"Thank you for giving me the opportunity to read so many magnificent journalistic works and human stories from all over the world. I am very impressed by many of the stories, they touched me to the bottom of my heart.

This kind of competitions shows how difficult it is to be a journalist and how important this profession is for society."

“It was really difficult to make a selection, there were a lot of very good articles. Thank you for the opportunity to be a part of this excellent competition.”

"As with each year, there were many high-quality submissions that exposed the important nexus of the environment, gender, economic equity and social justice issues.

I wish all the applicants the very best of success and the courage and opportunity to safely continue their critical work.

"I enjoyed reading all the stories. Each one gave me a great deal to think about.

The stories entered for this award seem to be getting better every year - making the task of choosing potential winners more difficult, but more enjoyable as well. It’s always a joy to read quality journalism." 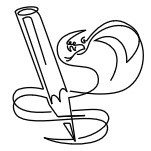 The Business with Bloody Cotton

The Unknown Winners of Mexico’s Energy Reform; Mexico’s Electricity Commission Turns to US Court in Battle Versus WhiteWater Midstream

The List That the Church of Medellín Kept Hidden:

The Priests Denounced for Pederasty and Sexual Abuse

How a Reliance-Funded Firm Boosts BJP’s Campaigns on Facebook;

Facebook Charged BJP Less for India Election Ads Than Others;

Horrors on the Plateau: Inside Nigeria’s Farmer-Herder Conflict

Night Falls on Austria for Afghan Astronomer. Chronology of a Broken Promise

How Kashmir’s Half-Widows Are Denied Their Basic Property Rights

Assam's Hasina Bhanu Won A 20-Year Legal Battle To Prove She Was Indian. It Came At A Cost 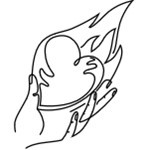 Series: Above the Law

In Barcelona, A Group of Roma People Is Fighting Against Poor Representation in Universities

Series: It Was Their Turn, It Could've Been You; The Officers Who Gave the Order; In the Name of the Brother; 14N: The Endless Night

And What Would You Like Me to Do About It?”: How the Lebanese Government Disabled Hundreds of People — and Then Left Them to Pay for Its Crime

Walking Reminders of Atrocities.' Survivors of State Brutality in Belarus Share Their Stories

How authoritarian regimes found an off switch for dissent;

Exposed documents reveal how the powerful clean up their digital

past using a reputation laundering firm;

“It’s like being under siege”: How DDoS became a censorship tool

When Suffering Has a Child's Face: Unaccompanied Minor Refugees Slipping Through the Cracks

'Slave Trade: On the Front Line'

Ghost Towns in Egypt: Fish Farmers Leave Their Homes After Climate and Pollution Impacts; A Handful of Factories Polluted This Egyptian Town with Toxic Chemicals

Inside Nigeria’s Shocking Wildlife Crimes and How Culprits Escape Justice

For the Kayapó, a Long Battle to Save Their Amazon Homeland

What Do the Protectors of Congo’s Peatlands Get in Return?

Climate Change Is Stretching Mumbai to Its Limit

If any violation of the submission rules is identified at any stage of the competition the Steering Committee has the right to disqualify such entries immediately.