The award of the 2021 Nobel Prize for Peace to Maria Ressa in the Philippines and Dmitry Muratov in Russia, both champions of independent journalism, has been welcomed with enthusiasm by news media around the world.

Ressa, who co-founded the news site Rappler, was commended by the Nobel Committee for using freedom of expression to “expose abuse of power, use of violence and growing authoritarianism in her native country, the Philippines”.

And Muratov, the editor of the independent newspaper Novaya Gazeta, was recognised for his decades of defending freedom of speech in Russia under increasingly challenging conditions.

Both are worthy winners. They are icons in the struggle for truth-telling at a time when journalism is increasingly under siege from corrupt centres of power that engage in abuse, malicious lies and war propaganda.

Like them the last journalist to receive the award, German editor and reporter Carl von Ossietzky, who took the prize in 1935, was a courageous voice speaking truth to power, but in circumstances the tragedy of which resonate today.

Ossietzky was an uncompromising pacifist who dedicated his journalism to the cause of peace. He was a peace activist with the German Peace Society and his editorship of Weltbühne, a liberal political weekly, produced a paper whose editorial policy was non-partisan, democratic and anti-war.

In 1913 he was prosecuted by the Prussian authorities and fined for criticising a pro-military court decision. In 1927 he published a series of articles exposing the secret plans of the German army to rearm in defiance of the 1919 Versailles peace treaty.

He was arrested and accused of treason. He was charged with betrayal of military secrets, and tried in November, 1931, found guilty, and sentenced to 18 months in jail, but released under a Christmas amnesty in December 1932.

In his journalism Ossietzky opposed militarism and political extremism, both of the left and the right. By early 1933, Ossietzky, more clear-sighted than his optimistic colleagues, recognized the gravity of the political situation in Germany, but he refused to leave the country.

When Hitler came to power in January 1933, Ossietzky uncompromisingly attacked the Nazis. On February 28 1933, the morning after the Reichstag fire, Ossietzky was seized by the secret police, sent to a Berlin prison, then to concentration camps, first at Sonnenburg and later at Esterwegen-Papenburg.

In these camps, according to reports from fellow prisoners, he was mistreated, forced to perform heavy labour and tortured.

The case attracted attention and the government, alarmed by the unwelcome international publicity, transferred him to a prison hospital in Berlin in May 1936.

In November of that year he was awarded the Nobel Prize for Peace for 1935 an action that was interpreted as an expression of worldwide condemnation of Nazism.

Not surprisingly, the German media failed to report the granting of the prize to Ossietzky, and the German government decreed that in the future no German could accept any Nobel Prize and demanded that he decline the award. He refused.

Although the Propaganda Ministry claimed publicly that he was free to go to Norway to accept the prize, secret police documents indicate that Ossietzky, now in failing health, was refused a passport. He was later transferred to a civilian hospital in Berlin and kept under constant surveillance until his death in May 1938. 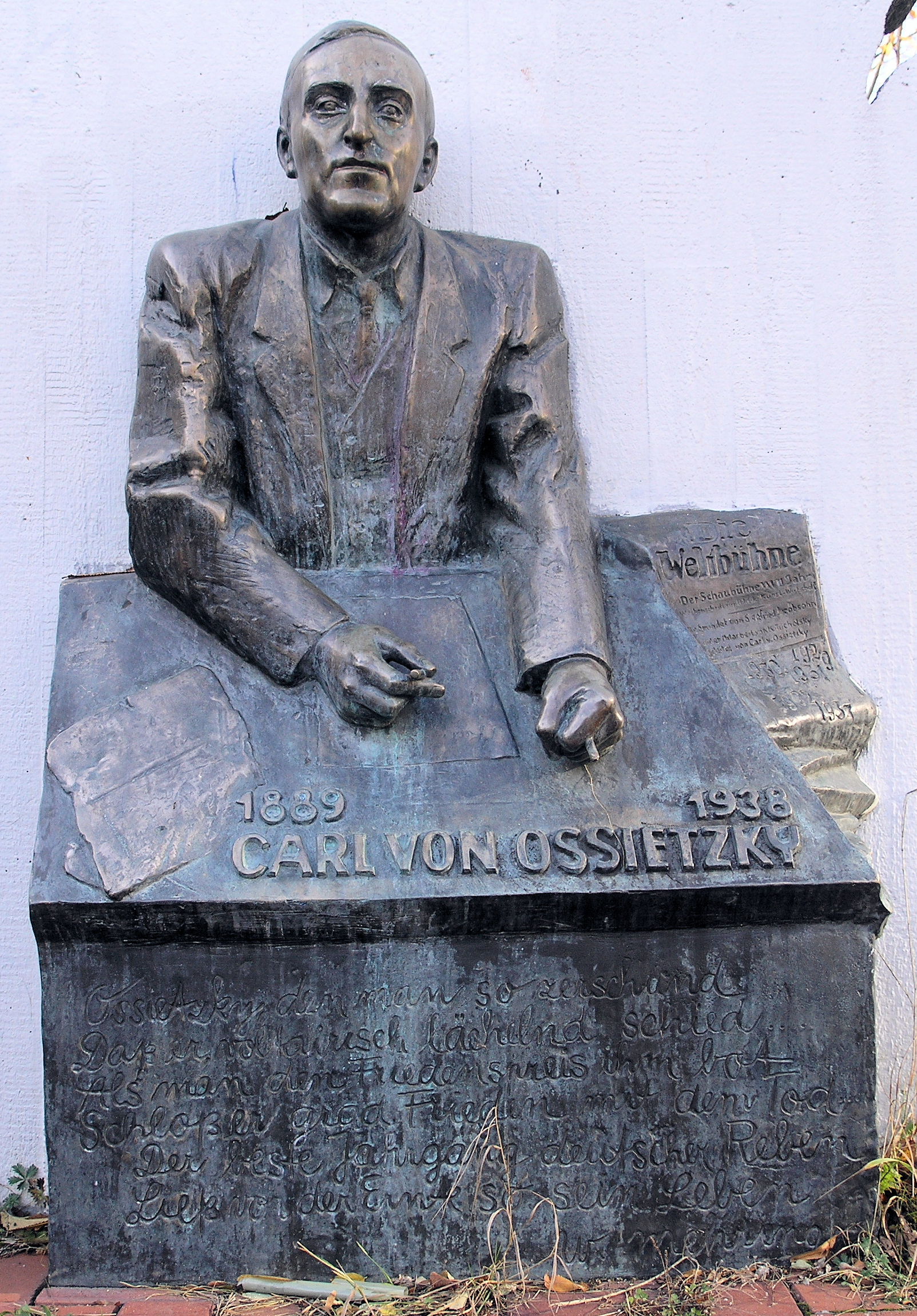 The tragic story of Ossietzky comes from another time and place, but his story is highly relevant when considering the hostile political conditions that Ressa and Muratov, as well as many other journalists, face today.

The Nobel winners themselves might hesitate to be dubbed “peace journalists”, but their work to promote independent journalism as a beacon in the frontline of the struggle for democracy and free speech and for journalists to challenge hate and war-mongering echo the courageous stand taken by Ossietzky.

In his time Ossietzky was one of many journalists who believed that global economic crisis, the decay of democracy and the emergence of extremism in politics signalled a profound threat to the peace and stability.

A key element in that destabilisation was the rise of propaganda, hate speech and malicious communications. The scale of the problem in the 1930s led to an unprecedented effort from within journalism to curb propaganda and hate-speech with the setting up of the International Tribunal of Honour for Journalists.

The idea was adopted at a congress of the International Federation of Journalists two years after its foundation in Dijon France in 1928 and the Tribunal was formally established at The Hague in 1931 under the jurisdiction of a distinguished former president of the International Court of Justice.

The Tribunal was to deal with complaints against journalists who transgressed the basic ethics of journalism by falsification of news, propaganda for war and incitement to hatred – the sort of journalism that Ossietzky despised.

The National Union of Journalists in Great Britain and Ireland was a strong supporter and changed its rules in 1932 to cede national sovereignty to the Tribunal. It agreed: “Any member who shall have been declared by the International Tribunal to be unfit to be a journalist shall, failing an appeal to the Executive of the IFJ by the Union, forthwith cease to be a member of the union and shall have no right of appeal.”

But already the rise of inexorable forces was too strong to be denied and the Tribunal was never able to function and was soon overtaken by a drift of events that swept Europe, and the press with it, into a new global conflict.

Today we live in a different world, but journalists still face threats, and many are killed – the Nobel award to Dmitry Muratov was announced just a day after the sombre anniversary of the assassination of his Novaya Gazeta investigative reporter Anna Politkovskya 15 years ago. Maria Ressa is still under siege in the Philippines courts facing charges that have been dismissed by press freedom advocates as a malicious personal campaign to intimidate her and her journalists.

It did not happen for Ossietzky, but as journalists celebrate, many will hope that this award will throw a protective cloak of international publicity around them and the community of journalists they represent around the world.

This article first appeared on https://www.media-diversity.org/a-hero-of-the-past-shines-again-as-journalism-takes-the-nobel-prize/