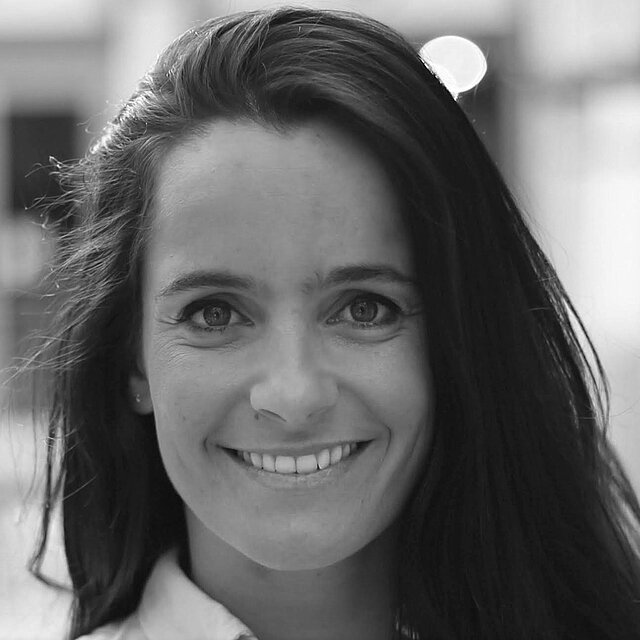 Mariana Santos is a Portuguese entrepreneur who started a global community to empower women in media around the world.

Founder and Executive Director of Chicas Poderosas, a global community with hubs in 17 countries that promotes female leadership and generates knowledge to shape the future of the media, 10,000+ people trained in the lat 8 years.

'Apolitical’s 100 Most Influential People' in Gender Policy. Drawn from over 1,100 nominations, this list recognises and celebrates the hard work being done on gender policy by so many around the world.

Santos is part of the PLD30 class of 2020-22 of Harvard Business School - Program of Leadership & Development with speciality in digital transformation.

Co-founder of ANIMAME Algarve, an NGO to promote the cultural exchange in Algarve.

Co-founder of TTI Tax, a tech intelligence start up incubated at Demium, in Lisbon 2019-2021.

Santos started her career as interactive data visualisation designer at the Guardian newspaper in London where she did groundbreaking work as a member of the interactive team, trained animator, she pioneered the newsroom’s use of motion graphics to make data stories more compelling. Santos leads design thinking workshops to increase multidisciplinary approach to storytelling, and she is a leader in community transformation and digital training.

As JSK Journalism Knight Fellowship at Stanford, California she developed Chicas Poderosas’ first leadership summit in 2015. Mariana Santos is running Chicas Poderosas for the past eight years where she counts with the support of reputable global companies such as Open Society Foundation, Google News Initiative, SIDA and the United Nations, which have pledged over 800.000 USD to the forwarding of women’s leadership in media with Chicas Poderosas Mariana developed and runs an accelerator for women led independent media organisations in Latin America having  mentored  and  coaching  start-ups  and their funders, to become sustainable ventures.

Until 2016, Director of Interactive and animation at Fusion Media, a joint- venture between Univision and Disney ABC.

Knight Chair of Innovation at Florida International University in 2015/16.

2014 ICFJ Knight International Journalism Fellow, where she worked all across Latin America in major newsrooms and with independent journalists.

Mariana is a public speaker and moderator on topics ranging from media innovation, women empowerment through technology and leadership and community development.