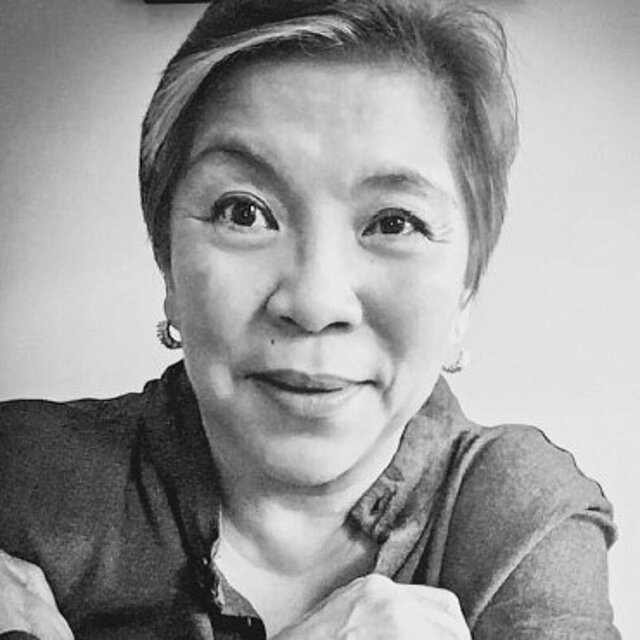 Ma Salvacion “Inday” Espina-Varona is a veteran and award-winning journalist. Inday is a senior contributing editor and blogger for ABSCBNNews, the country’s biggest digital news portal, where she also heads the news-monitoring department. She is also a senior contributor for UCANews, the international Catholic news agency. The former chair of the National Union of Journalists of the Philippines (NUJP) received the Prize for Independence from the global media organization, Reporters Without Borders, in November 2018. She is the first journalist from the Philippines to receive a global prize from the RFS. The award recognized decades of critical journalism and the breadth of her coverage and essays.

Inday has won the JVO awards, the Philippines’ top investigative journalism tilt, for her series on the “Rape of World War II Vessels in Philippine Seas.” The same story also led to the conferment of the Canadian government’s Marshall McLuhan fellowship. Inday was also been a consistent finalist in both the investigative and explanatory categories of the JVO, for stories as varied as the fall of the Moro Islamic Liberation Front camps, prostituted children and battered women. Her work in the long-running Mindanao conflict has been cited in several books and reports on terrorism in Southeast Asia. She has also won other awards for her coverage of embattled indigenous peoples and other Filipinos caught up in conflicts, as well as on LGBTQ issues.

An international fellow of the John S. Knight Professional Journalism Fellowships in Stanford University (school year 2005-2006), Inday has worked as columnist, managing and executive editor for The Manila Times and editor in chief of the Philippines Graphic newsweekly magazine, where she wrote her JVO prize-winning series. She headed ABS-CBN’s citizen journalism unit, Bayan Mo iPatrol, from 2010 to 2013. She has also served as country director for Change.org, the world's largest petition platform.

Inday is a popular speaker, lecturer and trainer on various journalism and communications fields and social and political issues. She was one of the speakers in the IFEX (Global Press Freedom Network) Conference in Berlin from April 8 to 10, 2019. She was among the panelists in the May 3 Press Freedom Day forum at the Ateneo University, jointly sponsored by the embassies of the United Kingdom and Canada.

Inday was the main resource speaker in MINORITY REPORT: Media Freedom in Mindanao, on May 24 in Davao City, an event jointly sponsored by RSF and Davao Today. She also one of two main speakers at the Asian Theological Seminary forum on prospects after the May 2019 elections, together with Christian Monsod.

Other speaking engagements in the first quarter of 2019 included talks at the Bicol University in Legazpi City on the impact of disinformation on the media and on democracy, at the University of the Philippines-Baguio McLuhan Fellowship Colloquim (“Press Freedom Under Seige”), and at the Ateneo University in Naga City (“The Fourth Estate: Credible Journalism in an Era of Distrust”).

Inday also held workshops on editorial writing, feature writing, creative non-fiction at the University of the Philippines-Cebu for the National College Editors’ Guild of the Philippines 32nd congress, and sat as judge in the Education Department’s National Secondardy School Press Conference.